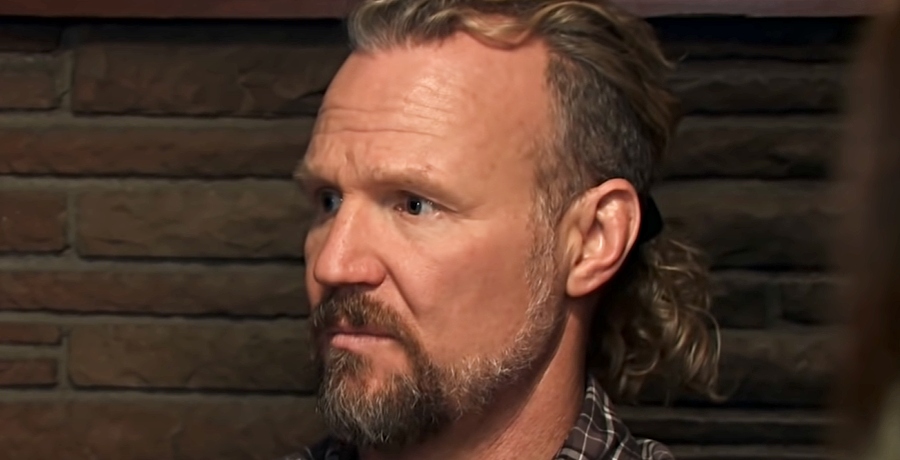 Much to Sister Wives fans’ delight, many of their favorites from the show tweet along with episodes as they air. Kody, Janelle, and Robyn are tweet-along staples. While it seems that Meri takes some time off due to the passing of her mother. Additionally, it doesn’t seem that Christine participates in the tweet alongs. This could have to do with something she said in an interview with US Weekly. Christine doesn’t like to watch herself, and she doesn’t like to continually relive the show.

Undoubtedly, Season 15 of Sister Wives is unlike any other. Viewers get to see what was going on with the Browns around this time last year. Unfortunately, this means viewers are reliving the height of the ongoing coronavirus pandemic when watching new episodes of Sister Wives. Another bonus is that Kody Brown regularly updates his Twitter with “Coronapocalypse” thoughts and updates. Keep reading for more.

One of the first tweets, Sister Wives Kody Brown shares regarding “Coronapocalypse” gives sort of an explanation about why he and some of his wives tweet along with new episodes of the show. “Thanks for being here with us. One nice way to connect during the ‘Coronapocolypse’,” tweets Kody. This initial tweet is from March 14, 2021.

Thanks for being here with us. One nice way to connect during the “Coronapocolypse”. Stay well, be happy. See you next week.
PEACE!✌️ #SisterWives

That same day, he gives more thoughts about “Coronapocalypse”. He shares his initial thoughts on the coronavirus pandemic. Shockingly, this seems relatable. “We were optimistic and naive,” Kody begins the tweet. “we figured we would be out of the ‘Coronapocalypse’ as the news cycle rotated. A month or two… maybe. Now, a year later.” Many of the followers comments mirror that they thought the same.

We were optimistic and naive. We figured we would be out of the “Coronapocolypse” as the news cycle rotated. A month or two…maybe. Now, a year later…😝 #SisterWives

Surprisingly, in his next “Coronapocalypse” chronicles tweet, Kody Brown jests at himself. “Okay, I’m laughing at how creepy that video journal was. Maybe I should lighten up,” tweets the Sister Wives patriarch. In defense of himself, he writes, “The whole ‘Coronapocalypse’ thing has been a big downer.”

Okay, I’m laughing at how creepy that video journal was. Maybe I should lighten up. The whole “Coronapocolypse” thing has just been a big downer. #SisterWives

One of the last tweets Kody makes about the ongoing COVID-19 pandemic is about how irritating the whole situation is. He ultimately says that he “[doesn’t] even know what to Tweet.” Almost as a badge of honor, he tweets the following. “No exposure for me… ONE YEAR!!”

This “Coronapocolypse” stuff is so irritating that I don’t even know what to tweet. I am so over it, but still sequestered. No exposure for me….ONE YEAR!!#SisterWives

What do you think about Kody Brown’s “Coronapocalypse” chronicles? Let us know your thoughts in the comment section below. Make sure to come back to TV Shows Ace for the latest Sister Wives news. Tune in to Season 15 of the show on TLC Sunday’s at 10 PM EST.

Lauren Burnham Only Wants ‘Good Vibes’ In Dream Nursery
Wait, Are Amelia And Delilah Hamlin Extreme Sisters?!
Why ‘Love Island USA’ Fans Want Jeremy Hershberg OUT Of The Villa
‘Vanderpump Rules’ Season 9 Will Be More Exciting Than Fans Think
Fans Worry ‘Bringing Up Bates’ Will Be Canceled Like ‘Counting On’