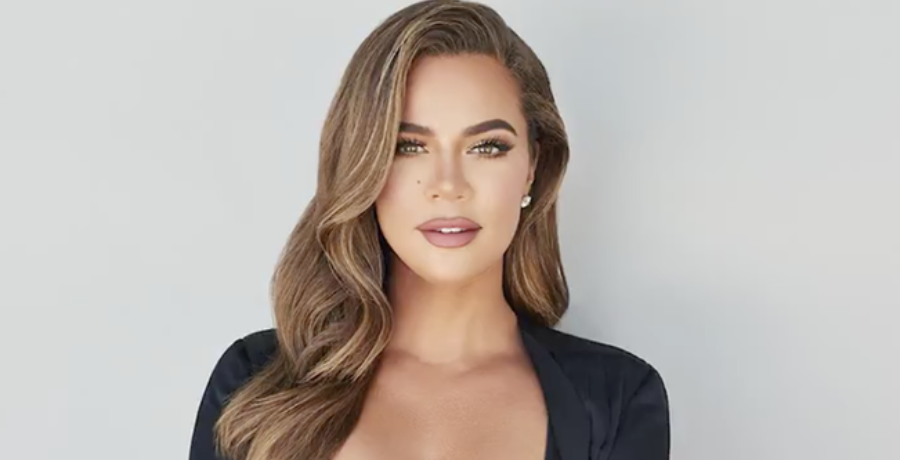 Fans think Khloe Kardashian debuted her new face in a new commercial for Nurtec. The Keeping Up With the Kardashians star is the brand ambassador for the prescription migraine medication. She first appeared in the company’s ads a few months ago. However, her latest commercial has fans shook.

Commercials for Nurtec featuring Khloe have been running on cable networks since November 2020. It’s her latest ad that fans noticed a difference. They feel she has yet another new face. The latest migraine commercial premiered last week and included an appearance by Khloe’s daughter, True Thompson.

On Monday, April 5, fans had to do a double-take. Some claimed they didn’t recognize Khloe Kardashian in the new commercial. The camera pans around the reality star as if it revealed her new look. Some mistaken her for her older sister, Kim Kardashian.

Fans could not figure out why Khloe looked so different in the commercial. They wondered if she asked the migraine brand to use a filter in the ad. Others feel that it’s a combination of filters and fillers on her face. The reality star has not spoken out about the latest reaction to her looks.

Is this Khloe or Kim? pic.twitter.com/OiLtM1weTG

What the hell happened to Khloe Kardashian's face?!😬😳 pic.twitter.com/Pq34KW7t3j

This news comes after fans praised Khloe Kardashian for her bikini pic. However, it was posted “by mistake” via Instagram over the weekend. The missing photo shows the Revenge Body author smiling near the pool in a leopard print bikini while in Palm Springs, California, and it appeared unedited.

“The color edited photo was taken of Khloe during a private family gathering and posted to social media without permission by mistake by an assistant,” Tracy Romulus, chief marketing officer for KKW Brands, said in a statement to Page Six. “Khloe looks beautiful but it is within the right of the copyright owner to not want an image not intended to be published taken down.”

The swiftness at which @Twitter can remove photos Khloe Kardashian finds unflattering and ban accounts for posting them while leaving female journalists and other ~plebes~ to fend for themselves against literal death and r*pe threats is honestly… deeply disturbing to me.

It’s unclear whether Khloe has a strong case with this issue. A legal expert told Yahoo Entertainment that “it may be difficult to assert an infringement claim.” Despite the issue, Khloe stunned fans on social media. They praised her “beautiful” and “natural” looks, which was a departure from her other photos.

Khloe is the center of plastic surgery rumors

In the meantime, an MYA cosmetic surgeon told the British outlet that Khloe got Botox injections, breast enlargement surgery, and rhinoplasty. The biggest change yet is her body, which took on a different shape following her 2013 split from her ex-husband, Lamar Odom. The Good American founder hit up the gym and has remained committed to her diet and fitness routine since.

What are your thoughts? Do you think Khloe has gone under the knife? Sound off below in the comments.