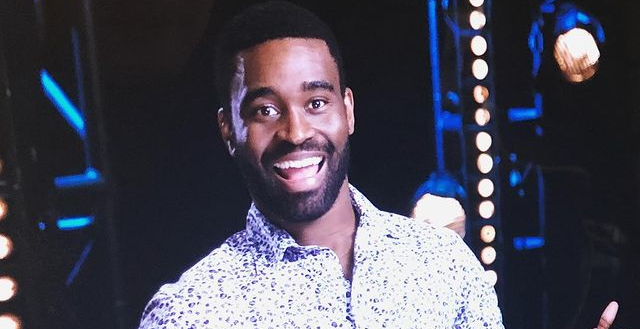 Keo Motsepe and Chrishell Stause only dated for about three months. But now that they’re over, Keo is looking forward to the next chapter in his life. Several of his Dancing With The Stars castmates had babies in the last twelve months and now he’s feeling the baby fever too. Keo would really like to be a dad someday.

“I think all my friends will tell you, I just love kids,” the 31-year-old dancer told Us Weekly. “Family’s very important to me.” Keo’s mother passed away in January, so he’s really focused on building family connections this year. He has several nieces and nephews to hang out with and get his fix.

Keo and fellow DWTS castmate Gleb Savchenko are best friends, so he spends a lot of time with Gleb’s daughters too.

When it comes to having his own children, Keo says he plans to spoil them.

“If I have girls, yo, they will be daddy’s best friends for sure,” the dancer continued. “If I have, like, boys [then] for sure we’ll play soccer. We’ll do all the stuff. But if I have my girls, I will give [them] everything they want.”

It’s probably very hard not to have baby fever these days. Dancing With The Stars pros Artem Chigvintsev, Lindsay Arnold, and Witney Carson all became first-time parents since last July. Fans speculate that Jenna Johnson and Peta Murgatroyd may have pregnancy plans in the future too. Could all the baby talk in the ballroom be rubbing off on Keo?

But before any of that happens, Keo will have to settle down and find a partner. The South African dancer is generally pretty quiet on social media. It’s unknown whether or not he is seeing anyone after his breakup with Chrishell Stause.

Us Weekly reports that the two haven’t been in contact since their split, so it does not seem like a reconciliation is going to happen. The two removed all traces of one another from their Instagram pages, so it doesn’t even seem like they’re on good terms. Chrishell says she would just like to take a break from dating for the time being. She has another Selling Sunset season to focus on and Keo has his own distractions too.

ABC recently renewed Dancing With The Stars for Season 30. We don’t know which castmates will be back, but fans hope Keo Motsepe will be able to snag a spot and hopefully take home his first trophy this year.

Do you think this could be the year Keo Motsepe comes in first place? Let us know what you think in the comments.