Evan Bass met Carly Waddell during their time on the beaches of Mexico filming Bachelor in Paradise. The two had a rough start to their relationship. Carly seemed to be turned off by everything Evan did. However, they eventually found love and became engaged on the finale. The two married and welcomed two children into the world. However, things went south and they announced their divorce in late 2020. Evan has remained quiet since their split. His soon-to-be-ex has not been. Carly has expressed her sadness and loneliness following their separation. Evan finally spoke up a little on Easter. Find out what he had to say.

Things haven’t been quite so nice for Evan Bass following his split from Carly. In fact, he believed the majority of Bachelor Nation has taken her side in their divorce. US Weekly shared all about Evan’s Easter post that prompted him to slam a troll or two.

He said on Instagram stories, “Obviously, as someone who has just been quiet through this whole process and, like, I feel like I’m an easy target because in the absence of information from one side, you just sort of fill in the gaps or whatever, believe whatever, which is fine.”

He continued on saying, “But I just want you guys to have some empathy. The problem is when you exchange with [trolls], they get a dopamine rush because they’re getting attention, which is what they deeply want … Then you get mad, and everyone gets mad and it’s no fun.”

The post comes following trolls commenting on a family Easter pic he posted with his children. The trolling started when Evan shared photos of Bella and Charlie with tons of Easter goodies. He declared Easter had basically become Christmas. Trolls instantly slammed Evan and assumed it was him and Carly trying to outdo one another.

Evan fired back. He said, “Omg some of y’all need to chill. They have lots of grandparents who don’t see them as much and want to spoil. Jiminy Christmas. Also, there’s no such thing as too much Easter cheer.” 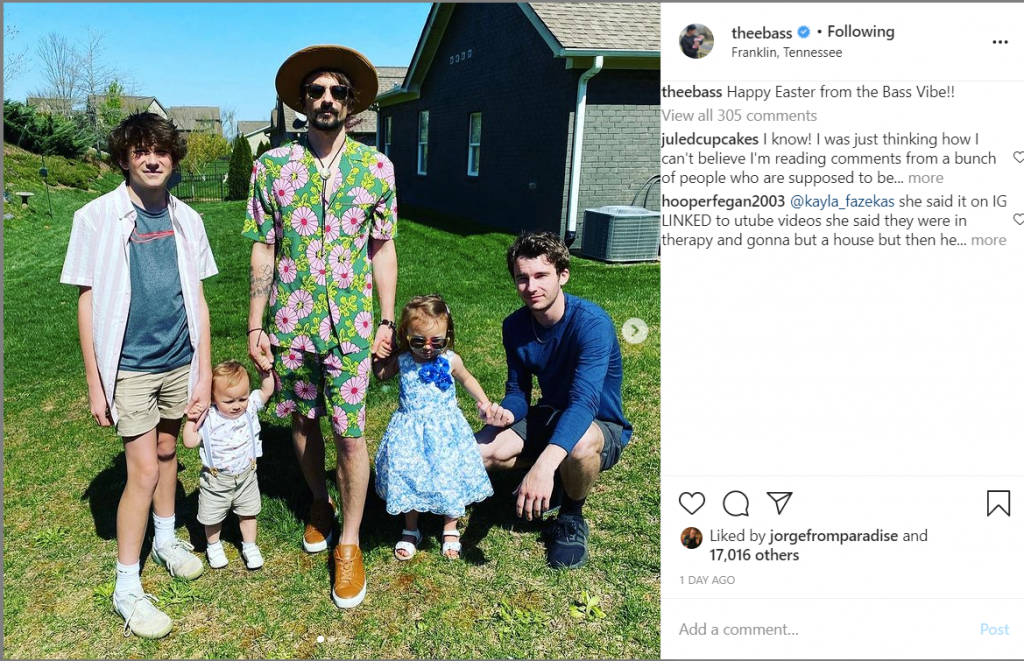 His return to social media

Evan made his initial return to Instagram for the first time following their divorce last month. In a now-deleted screenshot, Evan shared a text message between him and Carly in which she told him she’s dating again. Evan said, “When your soon-to-be ex-wife won’t commit to appropriate boundaries.” He also urged Waddell to “marry an Italian.”

Carly has recently opened up about starting to date again following her divorce from Evan. Fans have been disappointed these two split for months. Everyone loved seeing them together. It looks like a reconciliation isn’t in the books for these two.