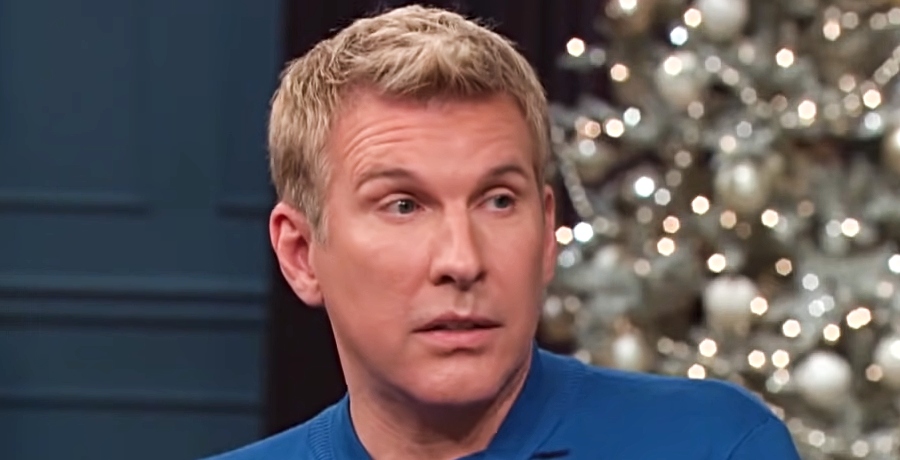 On this day in (April 6) in 1969, Chrisley Knows Best patriarch Todd Chrisley was born. He’s an Aries and according to Country Living Todd is his middle name. Keep reading for more fun Chrisley facts in honor of Todd’s birthday.

While we all know that Todd Chrisley is 52 years old, Savannah brings up a great point in her touching birthday Instagram post. “In all honesty… not quite sure how old you are today because you’ve been turning 30 since I was a child,” writes Savannah. Not to mention, Todd’s aged so well that some fans suggest he isn’t aging at all.

When it comes to Todd Chrisley’s net worth, it’s hard to tell. Many sources like to recount early bankruptcies. They also speculate that he’s worth a lot less than fans realize. According to The Sun he’s in debt $5 million. Prior to Chrisley Knows Best, Todd was ‘real estate mogul’. However, the multiple bankruptcy cases haunt him.

According to Distractify, Todd’s attorney explains the situation in 2014. This comes after news of Chapter 7 bankruptcy that cites $50 million in debts. “He guaranteed a real estate development loan and it failed,” says Todd attorney, Robert Furr. Unfortunately, the financial woes don’t stop there. “He was on the hook for $30 million. If he hadn’t had that happen, he would have been fine, financially.”

The financial drama continues when Todd and Julie Chrisley are indicted on federal tax evasion charges in 2019. Sources allege that they evaded taxes between 2007 and 2012. In addition to that, there is speculation that the illegally obtained millions of dollars through bank loans. Luckily for fans, they get to hear about this from the source since Todd addresses it on his Instagram.

However, to hear Todd speak about this drama on his podcast, Chrisley Knows Best, it seems like things are coming to some sort of conclusion. In recent episodes of the podcast, he makes mention of the Georgia Bureau of Revenue. Todd doesn’t seem too concerned and emphasizes that his faith will get him through this stressful time.

Projects in the works

With all of the projects that Todd Chrisley has in the works, it seems like he may be rounding the corner on all his financial drama. In addition to Chrisley Knows Best and Growing Up Chrisley, Todd recently announces three more shows that he is a part of. Fans are looking forward to a cooking show with Julie Chrisley. He also shares that he co-hosts a prank show with Caroline Byran, Luke Bryan’s wife. To round it all out, he also describes the dating show he’s a part of.

Are you worried about how things are going to turn out for Todd Chrisley? What do you think Todd Chrisley’s net worth is today? Let us know in the comment section below. Come back to TV Shows Ace for more Chrisley Knows Best news.

Zero F***s? Erika Jayne Doesn’t Care About ‘RHOBH’ Cast
Proof Nic Kerdiles & Savannah Chrisley Are Back Together Surfaces?!
ANOTHER Roloff Baby Is Coming! Who Is Pregnant Now?!
2 Other ‘RHOBH’ Stars Are Dealing With Their Own Legal Drama
Jeremy Vuolo Dotes On ‘Little Princess’ Felicity In Sweet Birthday Tribute