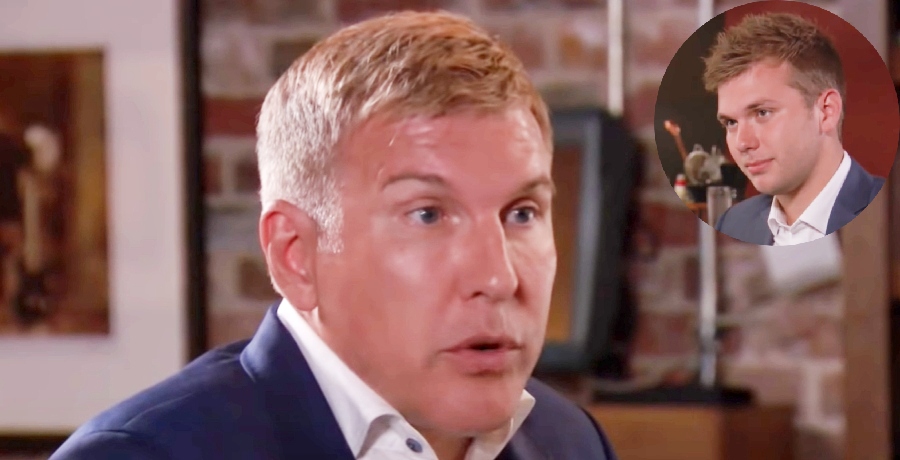 Unlike his mother Julie’s birthday, Chase managed to get the date right and nailed wishing his father Todd Chrisley a special day. In fact, Chase’s tribute to his father was sweet, raw, and featured a whole lot of emotion. Fans were quick to join him in wishing his father a happy birthday. Moreover, they really love the relationship this reality TV father and son have.

“I love you to death” Chase Chrisley declared at the start of his emotional birthday tribute to his father. Most Chrisley Knows Best fans would agree the young man lives a pretty great life. He’s even started his own business venture. And, based on his net worth and how quickly he sells out of his candles, we can assume his business is going pretty well. After all, who wouldn’t want a candle with the Chrisley name on it?

Still, Chase was grateful for the life his father has provided him with. He was sure to mention that in his emotional tribute which you can read in the screenshot down below.

Chase’s tribute included two photos featuring himself and his father. They were flashing the same perfect, pearly white smiles for the camera.

Thank you for paving the way for all of us and teaching me everyday. We are all so blessed to have you, you’ve taught me so many things but being a good man, father, and husband are at the top of the list. I hope you enjoy your day. It’s yours. I love you.”

Unsurprisingly, many took to the comments to join Chase in wishing his father a happy birthday. This included the USA Network doting on Todd being the father, husband, and man people all over the world aspired to be just like.

Most kept their comments simple with birthday wishes. Some, however, doted on how much they loved Todd’s entire family. Many really loved seeing this soft side of Chase as he shared a sweet tribute to his father.

Fans noticed Emmy Medders — Chase’s girlfriend — seems to have a nice, solid relationship with Todd. She also took to Instagram to wish the “old man” a happy birthday. She proceeded to gush about how special he was to her. Turns out, he has opened his heart to both her and her family.

Stick with us at TV Shows Ace as we share the latest Chrisley Knows Best news with you.