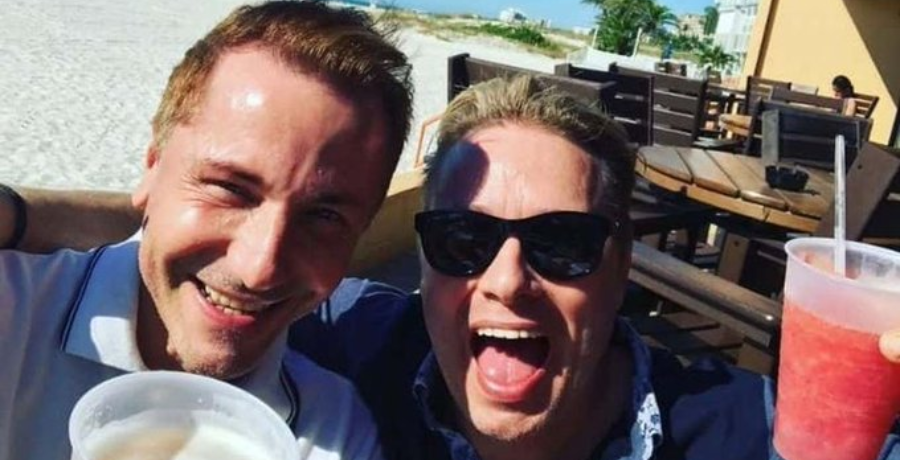 Below Deck Sailing Yacht charter guest Barrie Drewitt-Barlow disappointed the crew members. On Monday night’s episode, he admitted that he and his guests didn’t have the best charter experience and it was reflected in his tip. Fans were outraged to find out he only gave the crew a $15,000 tip.

The charter guest and his huge group kept the crew going throughout their three-night, four-day excursion. The show documented their trip over the past three episodes. Viewers said that Barrie and his guests were the worst ones yet. They made high demands – especially when it came to the food.

Charter guest Barrie Drewitt-Barlow and his family left the cheapest tip yet. A $15,000 tip is nothing for this family to sneeze at. They often bragged about how much they spent on vacations, homes, gifts, and more. Barrie’s daughter, Saffron, said that he spent nearly $300,000 on her Christmas gifts.

However, he felt that their yacht trip wasn’t up to snuff. He told the crew during their tip meeting that he wasn’t satisfied, which explains the low amount.

“It wasn’t our best one,” Barrie told the Below Deck Sailing Yacht crew before disembarking the boat. “And I think that’s reflected a little bit in the tip. Probably not as high considering all we did for them. So the tip is … $15,000. and that comes to about $1,660 each.”

That was an interesting couple of days! It people get pissed off when I moan about a late service, they are going to flip when they see the eggs Benedict being thrown over the chefs head next week! Whoops! Spoiler alert! #chillout #belowdecksailing #daddylonglegs #Season2 pic.twitter.com/7ePqTWdXgg

The family had a very lavish Christmas at the Drewitt-Barlow home. According to The Sun, he spent hundreds of thousands of dollars on gifts, ranging from a Range Rover to a white Bentley. They also spent money on diamonds, an apartment in Manchester, and a safety deposit for one of his younger children. Other lavish Christmas gifts include champagne, decorations, and food.

What is Barrie Drewitt-Barlow’s net worth?

Below Deck Sailing Yacht fans want to know Barrie’s net worth. They feel that he could have tipped the crew more. Others wondered why he couldn’t afford a luxury yacht on Below Deck or Below Deck Mediterranean since he has so much money. Barrie, who is also known as the “Odor Guru,” reportedly makes $12 million from that job alone.

He has a combined net worth of $40 million with his ex-husband, Tony. They own several business ventures that include marketing and research. The couple first made headlines in 1999 when they became the first gay couple to have children via a surrogate. At the time, they were together for 11 years before they decided to start their own family.

Also, Tony is a cancer survivor. In 2006, he was diagnosed with throat cancer. His cancer returned in 2008 after a two-year remission. Tony wanted to travel on the yacht because he wants to spend what little time he has left with his family, his children, and his ex.