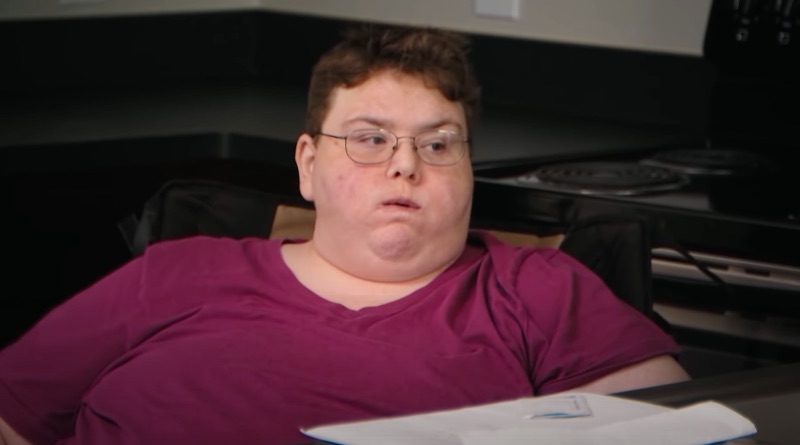 My 600-lb Life cast member Holly Hager was on Season 7 of the TLC weight-loss show. Meanwhile, since her show aired, she stayed out of the spotlight. What does she look like today?

Holly Hager had a tough journey in her episode of My 600-lb Life. Even after she arrived in Houston, she was still eating unhealthy takeout food. She knew the journey ahead wouldn’t be easy. But she also didn’t do herself any favors at the start of it all on the TLC show.

Holly Hager was over 600 pounds by the time she got to Dr Now. Meanwhile, it was clear she had a lot of work to do if she wanted to develop good habits and change her life. Dr Now went in on Holly Hager when her weight loss started slowing down. And ultimately, it was the tough love she needed to really kick things into gear.

Holly Hager revealed on My 600-lb Life that she’d already been through one failed weight-loss surgery in the past. In addition, like many cast members on the show, she had emotional issues and trauma that led to her unhealthy relationship with food. Meanwhile, she only lost 47 pounds in her first few months with Dr Now – and it looked like she might be in trouble.

But, luckily for Holly Hager, she decided to really kick things into gear. As a result, she turned things around in a big way – and it completely changed the course of her life. By the end of her episode, she was down to 418 pounds. Also, based on the latest updates from the My 600-lb Life star, it’s clear that she keeps up with her healthy habits.

My 600-lb Life Star Not Slowing Down

Holly Hager isn’t as active as some other My 600-lb Life stars when it comes to sharing updates on social media. So, when she does share news with fans, it’s a big deal. She hasn’t given fans an exact number since her 240-pound weight loss. But based on the latest pics from the TLC star, she seems much happier and healthier overall.

In addition to being a My 600-lb Life success story, Holly Hager is also a beauty consultant with Mary Kay. So that’s definitely another income stream for her as well. Along with that, she seems to still live in the Houston area. So it certainly can’t hurt being close to Dr Nowzaradan if she ever needs his help in the future.

Starcasm reports that Holly seems to be in a much better place in her life now. Moreover, whatever she decides to do next with her life, she is certainly a TLC success story.

Proof Nic Kerdiles & Savannah Chrisley Are Back Together Surfaces?!
Brush Up On Brendan Morais Before ‘Bachelor In Paradise’
Todd Chrisley Admits His Wife Julie Has Way More Class Than He Does
Savannah Chrisley Comes Unhinged In Angry Rant, Why Is She So Upset?
‘Love Island USA’: What To Know About Casa Amor, Including Air Date