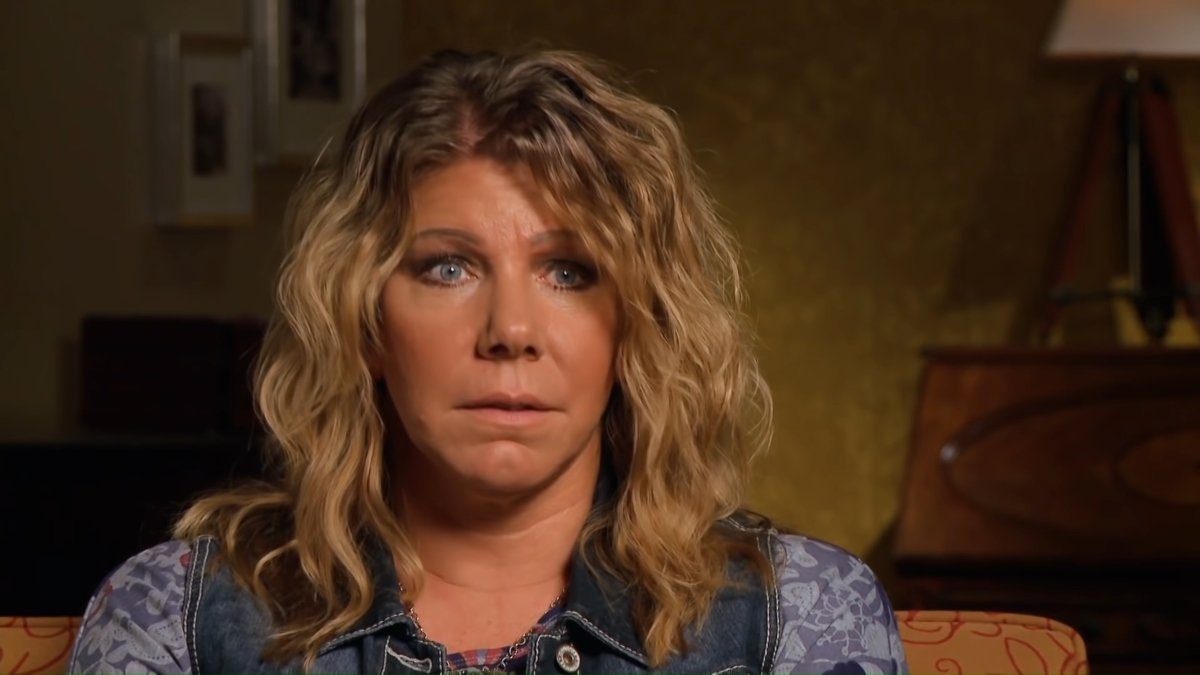 As a Sister Wives fans, you’d have to live under a rock to have never heard of the Meri Brown catfish incident. It is a topic of conversation that comes up a lot among fans. Some even wonder if this particular incident is one of many reasons why Meri and Kody Brown’s relationship is in shambles. (Though, there are just as many who like to place the blame on Sobbyn Robyn).

Now, if you are newer to enjoying the TLC series… You might not be as well-versed on the catfish incident as those who have followed the series for a while. So, we did a little digging. Here are the details of the Meri Brown catfish incident explained.

The Meri Brown catfish incident took place a little over six years ago. It was back in 2014. Kody and Meri got a divorce so he could legally marry his newest wife Robyn. This allowed him to become the legal guardian of her children. Now, the divorce was intended to be just on paper. But, to Meri? It felt like so much more. It took a devastating toll on her emotionally.

Feeling alone and unloved, Meri Brown took to the internet. She tried to find comfort elsewhere. Meri formed a connection with a stranger on the internet. She fell in love with him. Time passed and Meri discovered she had been catfished by a female fan of the show. In 2015, Meri Brown shared her story with the world. Unfortunately, this pretty much killed any relationship she had left with her husband Kody. They went to therapy together. But, Kody admits this is when he fell out of love with his first wife.

Kody admits the catfish incident killed any desire to be intimate with his first wife. Therapy did not make things better.

About five years ago, Meri and I were in a bad place. She basically asked me to stop staying at her house and ultimately what happened is she went through an experience where she was catfished by a person pretending to be somebody else.”

Fans Are Divided On If They Agree With Kody Brown

Some fans understand why Kody Brown lost his love for Meri. She went behind his back to be with another man. Pushed him out of her life. How was that supposed to make him feel? Others, however, done necessarily agree.

#SisterWives Kody can not get past the cat fishing. Not the actual catfish , but the idea that Meri wanted to be with a new man. The marriage is over and Meri needs to just leave, move on and be happy.

Some note Kody Brown is a man who is intimate with four different women (three not counting Meri). Isn’t it hypocritical for him to remand his wives are only with him?

This conversation is so hard to watch. Kody is the worst kind of man & Meri needs to walk away. He is literally telling her over and over that he doesn’t want to be with her #SisterWives

Now, there are some fans who wish Kody Brown would own up to partial blame. A relationship takes two people. And, they feel he did some damage when he brought Robyn in and divorced Meri.

Kody doesn’t want to look like the bad guy so he blames Meri for their relationship not progressing but in reality he’s just done and doesn’t want anything to do with her romantically. He needs to be a man and let her go completely #SisterWives

Why Is The Catfish Incident Coming Up Again?

During a recent episode of Sister Wives, fans got a better look at the strained relationship between Meri and Kody Brown. Wedding anniversaries are meant to be romantic. But, their anniversary is anything but that. Kody Brown admits he doesn’t have any romantic feelings for his first wife. He even accused her of being “unloveable.” Moreover, Kody places the blame on the relationship falling apart just on Meri’s shoulders.

Now, this was a lot for fans to swallow. But, Kody Brown still has a hard time letting go of the catfish incident. To clarify, his issue isn’t Meri Brown becoming the victim of a catfish. His issue is that his wife was so unhappy in the marriage she tried to go elsewhere for comfort. He doesn’t like knowing she turned to another man. Even if technically there was never another man.

Wait, Does This Person Still Keep Up The Persona?

A little over a year ago, we reported the Twitter account was still active. Now, 13 months later, we can confirm the account still remains active. The account has over 100,000 followers. It appears to be doing pretty well for itself considering it is a well-known fact that this is a fake account.

Not only is this still an existing account… It remains very active. The account posted as recently as an hour ago. Now, there doesn’t seem to be tons of engagement in response to the frequent tweets. What little engagement the account gets doesn’t appear to have much to do with Sister Wives. So, it leaves some to wonder if there are still people following this account believing there is a man behind the curtain.

Now, it goes without saying that some fans of the show have grown sick of this story being rehashed. Some fans have expected extreme dislike for the topic even coming up on new episodes of the show. Will Meri Brown ever move past the catfish incident? Fans remain hopeful.

Do you feel better informed about the Meri Brown catfish incident? Or, are you one of the fans who wish this topic would quit coming up? Let us know what you think in the comments.