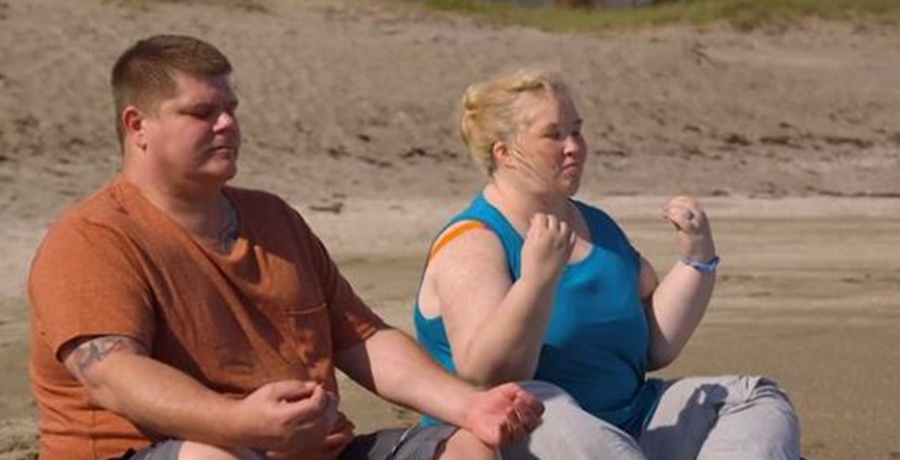 Mama June’s sobriety plays a major factor in whether Lauryn Efird, Honey Boo Boo, and the rest of her family accept her back. Many WEtv fans seem convinced that she stopped doing drugs and remains sober. However, suspicions remain as she still lives with Geno Doak. In fact, when they saw in a teaser that Geno reappears in Road to Redemption, many of them lashed out. This weekend, Lauryn (Pumpkin) sounded off her thoughts.

In the Family Crisis season, fans saw Pumpkin’s mom splurged about a million dollars on drugs, casinos, and hotel accommodation. Of course, as she spent up to $3,000 a day on her habit, she sold her house. Later, fans saw her sell her daughter’s car, as well. By the end of the season, she looked like a train wreck. However, she finally agreed to attend rehab, but only if Geno went with her. Since then, she told fans on social media more than once, that she influenced Geno, rather the other way around.

The problem with that is that fans and her family don’t trust Geno Doak. In Road to Redemption, Mama June’s sobriety and past behavior worry Honey Boo Boo and Lauryn Efird. When fans saw Geno return, they slammed him as “Junkie Geno” and called him a loser.

Geno Doak Promises An ‘Exciting’ Season In ‘Road to Redemption’

They also feel bad for Honey Boo Boo, now in the custody of Lauryn, who cried and asked her mom why she wasn’t there for her. Plus, fans recall that in previous seasons Geno told her he’d never abandon her. So, fans wonder just how long June remains sober in his untrustworthy company.

What are Lauryn Efird’s thoughts on her mom and Geno?

Mama June’s sobriety seems like one of Lauryn’s top concerns. From teasers and the progression of the season, fans know that Lauryn feels June should earn her way back into good graces. Additionally, no red carpet rolled out for her. Speaking with Entertainment Tonight, Lauryn Efird revealed her thoughts on whether her mom remains totally sober. If June Shannon breaks her sobriety then her daughter worries about her hanging around Honey Boo Boo and her own daughter, Ella Grace.

Asked how she feels about Mama June’s sobriety now, Lauryn said that she feels a bit skeptical. After all, June lied about it in the past. She also made it very clear that she simply doesn’t trust Geno. As long as her mom remains with Geno Doak, it sounds like Lauryn will always suspect that he influences her mom in a bad way. Still not completely reconciled with her mom, Lauryn sounds like she wishes that Geno would disappear from the life of the family. Nevertheless, fans know that’s not something June wants.

What are your thoughts about Mama June’s sobriety? Do you believe, like Lauryn Efrid, that she can’t be trusted if she hangs with Geno Doak? Sound off your thoughts in the comments below.

Isabel Roloff Just Posted The Cutest Baby Bump Picture You Have To See
’90 Day Fiancé’: Stacey & Florian Blasted For FAKE Intimate Photos
Tyler Cameron Gets Real About Hannah Brown Fantasy Suite & New Girlfriend
How Many Episodes Are In ‘When Calls The Heart’ Season 9?
Stream This: Lucy Lawless Back For ‘My Life Is Murder’ On Acorn TV, Preview