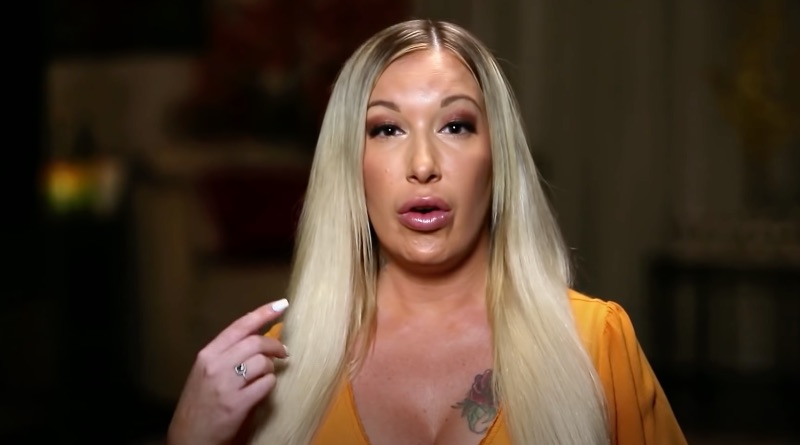 Love After Lockup celeb, Lacey Whitlow had a lot to say recently about her ex, John Slater. Meanwhile, she also dished on what watchers of the franchise can expect.

Love After Lockup: Lacey Dishes on Pregnancy During Pandemic

Love After Lockup watchers keeping up with Lacey Whitlow’s story know that she recently gave birth to a baby girl. Her pregnancy was documented on the quarantine spinoff from WEtv. Meanwhile, Lacey recently dished on what it was like being pregnant during a pandemic.

Lacey Whitlow recently told ScreenRant that pregnancy during a pandemic was a “whirlwind.” Also, because she couldn’t go out the way she normally would, she said that made things “really hard.” She added that there were a lot of adjustments to make with the way the world is. But everyone does what they need to do to make things work in this “new world.”

Even though Lacey Whitlow is happily married with Shane Whitlow, there are lingering issues with John Slater hanging around. Meanwhile, the mother recently addressed where things stand with her former flame. She said that she hasn’t spoken to John since going through with the in vitro process. She also claimed that she isn’t the one that called the cops on him.

Lacey added that when she and Shane decided to give things another shot, that was her chance to “wipe the slate clean and start over.” Meanwhile, it looks like she sticks to her word to do just that. Even though the thought of opening the conversation back up with John crossed Lacey’s mind, she didn’t want to bring more conflict into her relationship with Shane Whitlow. This was especially true since she and Shane decided to give their relationship another shot.

Now that Lacey Whitlow put her past with John Slater behind her, she can focus on the life she builds with her husband, Shane Whitlow. In addition to her new baby girl, she also has children from a previous relationship. So it’s a full house for this Love After Lockup family.

Meanwhile, in addition to her growing Love After Lockup family, Lacey Whitlow dished on what viewers can expect. She will be back for a brand new season of the show. So that means more drama to dig into when the new episodes air.

As far as what Love After Lockup fans can expect from the new season, Lacey said her “first name is drama.” So there’s a lot to tune in for once her story picks up again. She even joked that there’s so much drama in her life that if cameras “rolled 24/7” she would have her own show.