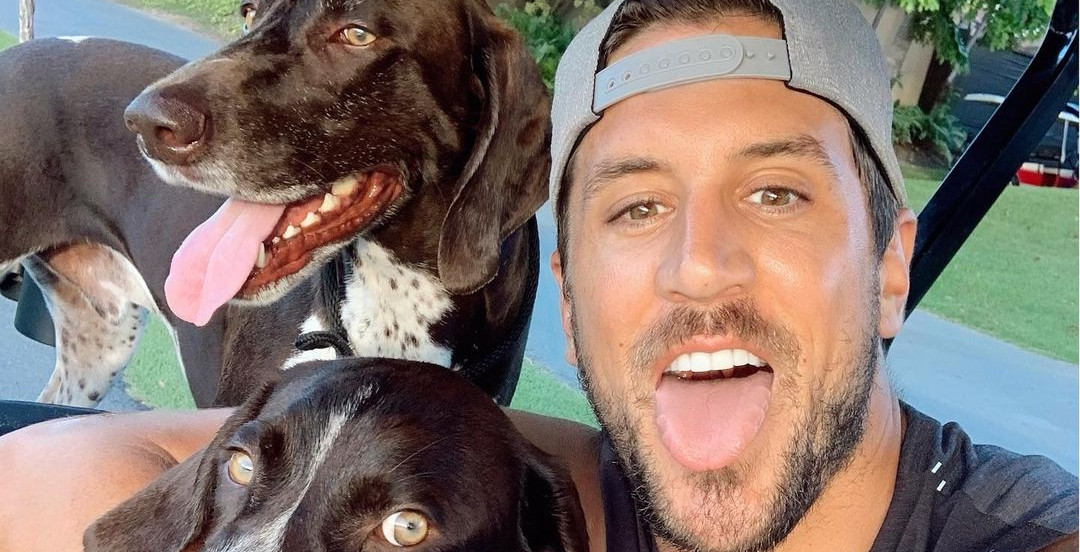 Bachelor Nation has a lot of drama within the franchise. But during Jordan Rodgers’ time on The Bachelorette, some of the drama came from outside sources. Namely, his tense relationship with his brother, Aaron Rodgers. Yes, the football player.

With news of Aaron Rodgers’ unexpected engagement, fans wonder if the brothers are on good terms.

Which Rodgers Brother Will Marry First?

Celebrity gossipholics were SHOCKED in February when it leaked that Aaron Rodgers was engaged.. but not to Danica Patrick. The NFL quarterback had been in a long-term relationship with the race car driver until last year.

While the news was out that he had moved on to actress Shailene Woodley, their engagement came as a surprise.

Aaron Rodgers isn’t the only one in his family engaged. His little bro, Jordan, has been engaged since 2016. He was the winner of JoJo Fletcher’s season of The Bachelorette, proposing during the season finale.

They were supposed to get married in June of 2020. But the pandemic wreaked havoc on their wedding plans. In the delay, Jordan Rogers re-proposed to his longtime love. They hope to marry this year.

Aaron Rodgers and the Secret Life of the American Teenager star haven’t set a wedding date yet. A source tells Us Weekly that they hope to marry in California, “where the majority of their friends and family live.”

Jordan Rodgers and JoJo Fletcher live in Dallas, Texas. Does that mean they won’t get a wedding invite?

Will Jordan Rodgers Get an Invite to Brother’s Wedding?

Jordan Rodgers was very open about his family when wooing JoJo Fletcher on The Bachelorette. A little too open for his big brother’s taste. During the hometown dates, Jordan revealed that he didn’t have a close relationship with his older brother.

At the time, he explained to his future fiance, “It’s just kind of the way he’s chosen to do life and I’ve chosen to stay close with my family and my parents.”

Airing the family drama on national TV only made the rift between brothers wider. However, Us Weekly notes a previous interview Aaron Rodgers gave long before his engagement. At the time, he couldn’t imagine a “scenario in which I wouldn’t want my entire family at a wedding.”

Hopefully, both Aaron and Jordan can overcome any bad blood and come together for their respective weddings.

Bachelor Nation fans cannot wait for Jordan Rodgers to marry JoJo Fletcher. The two are active on social media and in the franchise. In fact, Fletcher temporarily filled in as host of Season 16 of The Bachelorette. And it had nothing to do with the controversy surrounding Chris Harrison now.

At the time, he took a few days off filming to get his son situated at college. In February, Harrison took a step back from hosting due to the current controversy involving the franchise. Tayshia Adams and Kaitlyn Bristowe will host Season 17 of The Bachelorette.

Meanwhile, fans can watch JoJo Fletcher and Jordan Rodgers co-host a new show that helps mend divorced families. The Big D is set to premiere later this year on TBS. Read more about it here.

Jordan Rodgers isn’t the only TV host in the family. After Alex Trebek’s sad passing late last year, Jeopardy has turned to guest hosts. Some of the hosts so far have included Jeopardy champ Ken Jennings, Katie Couric, and Dr. Oz.

The next guest host is none other than the Green Bay Packer quarterback himself, Aaron Rodgers! His two-week guest-hosting tenure starts on Monday, April 5.

Frustrated Fans Are Over Danielle Busby & Here’s Why
Candace Cameron Bure Has A ‘Mother-Daughter Moment’ With Natasha
Does Janelle Brown Believes Her Family Was Destined To Be Together?
Is The ‘Sister Wives’ Bunch Moving AGAIN? What’s Changed?
Is ‘Wicked Tuna’ Real Or Staged For The Entertainment Value?