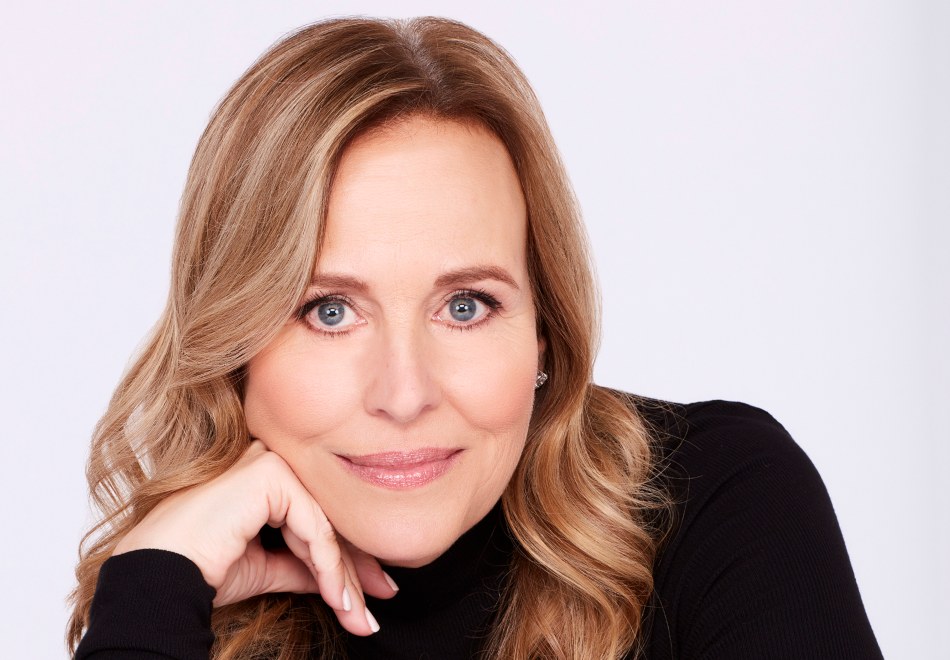 General Hospital spoilers suggest that Port Charles residents will feel anxious during the week of April 5. A new sneak peek shared via Twitter on Monday gives viewers a hint regarding what’s ahead.

Alexis faces time at Pentonville due to her attack on Dante.  This week, Alexis will feel quite emotional over all that has happened.

The new General Hospital preview shows Alexis at her home with one of her daughters. She’ll clasp her hands over her chest and seem to be practically shaking as she admits how scared she is.

Laura will struggle over the course of this week as well. General Hospital spoilers detail that she’ll lean on her husband Kevin as she tries to figure out how to deal with her half-brother Cyrus.

According to SheKnows Soaps, Cyrus will offer Laura a deal. However, she’ll make it clear she’s not interested. In her chat with Kevin, she’ll seem quite rattled as she notes that she doesn’t think “he” has any idea what he’s getting himself into.

Later in the week, General Hospital spoilers reveal that Laura will catch up with Scott for a bit, and viewers always love watching these two together.

Carly remains determined to prove Jason didn’t kill Franco. She’s tried a couple of different approaches to get him out of jail, but so far, she’s been unsuccessful. She’ll make it clear to her best friend that she’s not done trying though.

Peter and Carly went head-to-head last week in an intense confrontation, and there is surely more to come between these two. He thought he could intimidate her, but she tried to make it clear he was messing with the wrong person.

General Hospital spoilers also signal problems for Nikolas and Ava. The trouble’s seemingly not related to their marriage or newfound love for one another though. Rather, this appears to be an escalation of trouble for Ava and Nik that comes from someone mysterious.

The General Hospital sneak peek indicates that Nikolas will tell Ava that they’re “in trouble.” It appears they’ll be at her gallery during this conversation.

This week she’ll receive another mystery gift or note from her creepy “admirer.” Teasers suggest this ties to Cyrus somehow and fans will learn much more soon.

In addition, General Hospital viewers will see lots of juicy scenes involving Brook Lynn. She’ll push back against Ned and Olivia at some point, insisting that her unborn baby is her priority.

There is no shortage of drama on the way this week with General Hospital and fans cannot wait to dig in and see what’s on the horizon.