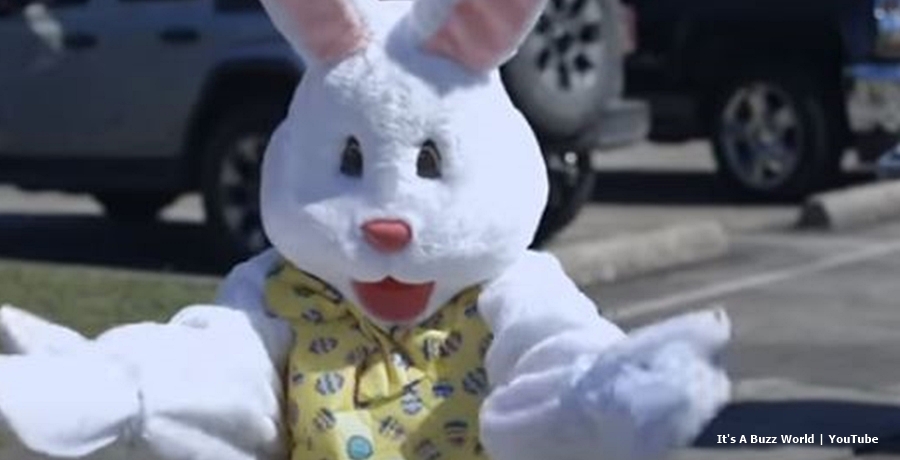 The Busby quints are traumatized by the Easter Bunny each year seemed inexplicable. Their parents seemed surprised about it. Actually, they never really found out what caused their terror, especially as the bunny looked cute and fluffy. Nevertheless, the OutDaughtered quints retained that terror for more than just one year. Naturally, in 2021, fans wonder if the scary rabbit returned and caused more tears and fears for the kids. So, did big bunny come along or not?

Busby quints traumatized in the past by fear of Easter Bunny

TLC fans understood that the kids became afraid when Adam wore scary masks and costumes at Halloween. But they didn’t understand why the Easter Bunny always terrified the kids. Last year, Adam wore an Easter Bunny outfit, and once again, the kids seemed absolutely terrified. Mind you, when he described their scared reaction as “priceless, some fans slammed him and complained about him scaring the kids unnecessarily. Especially as he knew from the previous year that they find the large present-giving bunny terrifying.

Busby quints traumatized by the Easter Bunny first started when the kids were two years old. Actually, one of the twins, Olivia screamed first. Absolutely terrified, the rest of the kids also freaked out. By the following year, it seemed the kids feared their dad’s scary masks less than the big bad rabbit.

‘OutDaughtered’ Quints Terrified Of Easter Bunny – How Do They Cope On Halloween?

Did they outgrow their fear this year as they approached their sixth birthday? After all, whatever triggered that fear remains a mystery. Fans asked Adam and Danielle if Easter Bunny rocked up again in 2021.

Did the scary rabbit terrify the OutDaughtered kids this year?

Busby quints traumatized by the rabbit didn’t feature on Adam’s Instagram this year. Instead, he shared lots of photos of the family after church. In the gallery of photos, only big smiles flashed as the kids enjoyed some Easter eggs. Lots of fans asked if the Easter Bunny came and scared the kids again. However, he never answered them. Then on Danielle’s Instagram, she shared the same main photo and neither of them mentioned the bunny. As they started celebrating the quints’ birthday this weekend, possibly they were too busy to check their posts.

Busby quints traumatized by the bunny didn’t feature on Danielle Busby’s Instagram Stories either. There, she shared a lot of clips and explained that the family gathered for a crawfish boil. Uncle Dale and Adam prepared the barbecue and she arranged for all the kids to hunt for eggs. She told TLC fans that they hid about 300 eggs for all the kids. So, off they went clutching their buckets, and hunted for them in the huge backyard. Actually, it certainly looked like a fun day with lots of kids, lots of smiles, and good food on a sunny weekend.

Busby quints traumatized by the Easter Bunny seemed no big drama this year. Actually, judging by the photos and clips, it seems that the scary rabbit didn’t make an appearance at all. So for once, Danielle and Adam might not pick up so many critics. Sound off your thoughts in the comments below.

‘Return to Amish’: Does Rosanna Have Feelings For Maureen? Twitter Thinks So
Jackson Roloff & Lilah Brighten Up Already Beautiful Scenery
‘sMothered’ Mom Mary Cooper Revisits The Death Of Frank Canuto
‘The Bold And The Beautiful’ Spoilers: The Cops Think Thomas Is A Killer
Who Is ‘When Calls The Heart’ Star Kevin McGarry’s Real-Life Love?