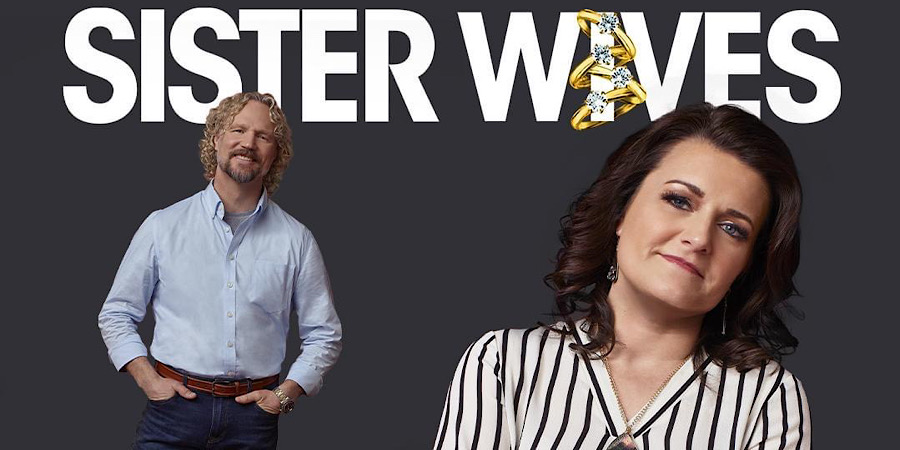 Last week on Sister Wives, the families struggled with being apart on milestone birthdays. Christine and her girls made a real effort to celebrate the birthdays, even if it met air hugs from outside. However, her youngest daughter, Truely couldn’t understand why they could not touch if they are family. Kody finally went to see Meri where he learned Mariah and Audrey had left for Utah. They will be running Meri’s bed and breakfast since her mom is too high risk with COVID numbers rising.  This came as a shock to Kody but Meri firmly believes he would not care for her if she were to get sick. The catfishing incident was brought up again and that was where their marriage really hit the skids. How will COVID continue to impact the Brown family?

It has been about a month since Kody has been to Janelle’s because Gabriel and Garrison have active social lives. Everyone wants to be together because Hunter is graduating from the Air Force Academy. It will be live-streamed and everyone wants to watch it at Janelle’s together. The boys keep pointing out that Kody goes to the supermarket and this is okay, but they cannot work and such. Janelle is concerned her daughter is finding their new lifestyle somewhat normal.

Kody is panicked over Garrison having a girlfriend because he does not know where or what she does. Some of the siblings just want to be together while Garrison thinks Kody is overreacting. He should not let anything stop him from seeing his kids. Janelle wants to remind them this is only temporary and they will get over it. Gabriel says it is what it is at this point. Christine does not agree with the boys or Kody so it’s become a toss-up.

Robyn feels bad that Kody is at her house as much as he is. She knows she is not making these choices. Nothing is equal because of the virus and the choices the kids are making.

Truely Turns Ten and Reuniting With Janelle on Sister Wives

It is Truely’s tenth birthday and she is mad she cannot celebrate with all of her siblings. They are trying to make the most of it. In the confessional, Christine and Kody are bickering over how much candy was in her birthday pinata, but no one wins. Robyn and her kids surprise Truely at the door with gifts but stay socially distanced. Janelle feels even if they did live in one house, they would still be bickering over each family’s life choices. Meri thinks COVID is helping everyone avoid their issues.

It is almost Christine’s birthday, but Hunter is graduating on the same day. The graduation happened early so they can get the kids out of school early. Now Kody has to figure out what to do with Christine because birthdays are super important. But Christine is so cool about it because he has been apart from Janelle for five weeks and this is graduation. She also does not like how he just shows up at five o’clock that day. He needs a better scheduling system because she likes to make plans.

It is time for Kody to finally return to Janelle’s and she feels awkward about it. He is freaking out on the way over and is angry about the lifestyle he has chosen. This is what he had wanted but the pandemic changed everything. The pandemic added twists and turns. Once he got to the house, it was like no time had gone by.

It is Meri and Kody’s anniversary so they are going on a date. She baked him thirty Rice Krispie treats for the years they have been married. Meri jokes they are celebrating their non-anniversary because they are not a couple. He just wants to take it really slow yet they have not been out in a year. Kody claims they had issues before Janelle coming into the marriage and was exacerbated by catfishing.

He adds they miss the idea of each other but not the actual person. She says she has a strong draw to him but does not act on it. He wants to be courted by her and she claims she is doing that but they are missing signals. Meri asks him to come over, go for walks, etc. but he declines so she is at a loss. He wants her to be loveable, that is his big issue with her but she is desperately trying.

This is not the anniversary Meri envisioned. They are in the woods eating and nitpicking at one another but he is not ready for romance. He sends her a lot of mixed messages and says he has a hard time envisioning them in the future. Kody wonders if the miserable wives would be better off married to another man who makes them happy.  He is asking the women to rise but when they do, it is not enough. Meri says she wants to kiss him just to see how he will react but he just looks at her. Next time on Sister Wives, the women feel distant as both wives and sisters. Robyn is also contemplating having another baby. Catch it Sundays on TLC and discovery+.