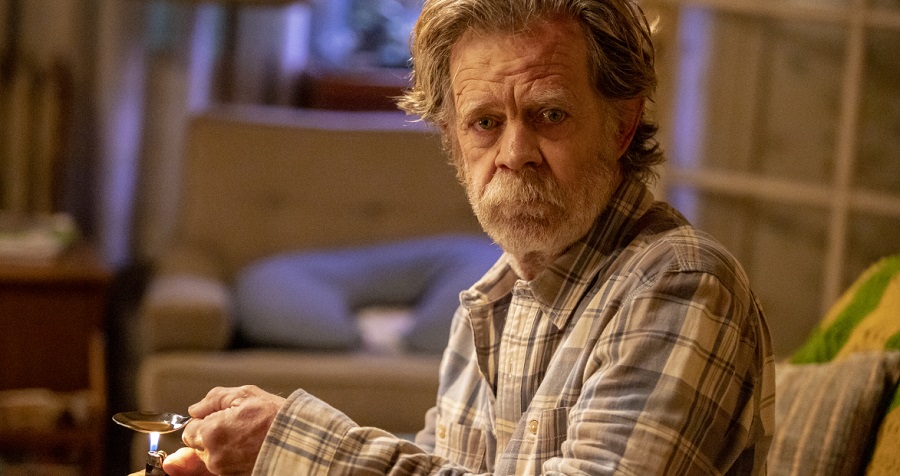 Shameless Season 11, Episode 11 airs tonight and it will leave fans wondering whether Frank Gallagher is dead. As those who have been following our coverage of Shameless Season 11 know… The final chapter has been paving the way for the death of Frank Gallagher (William H. Macy) for a while now. Most Shameless fans agree killing off the father of the series is an effective way to bring it to an end. But, that doesn’t make it any less emotional.

The father of this dysfunctional family has a pretty rough start to the day. He wakes up covered in urine and feces. Realizing neither his body or brain made an effort to get up and use the bathroom when he had to go. It was Mickey (Noel Fisher) that noticed Frank smelling terrible after showing up in the middle of the night to sleep somewhere more comfortable.

Liam, possibly just feeling bad for his father, decided to take the horrible morning and make a good day of it. He spent the day doing “Frank Things” with his father. This included pretending to be blind while getting a man to give them $120. Unfortunately, the man does get run over by a vehicle after persuading them to get out of the road.

Is he committing suicide?

The episode ends with Frank reading over a letter and putting it in an envelope. The letter is addressed to his family. He tries to set it on the fireplace. But, it ends up falling to the ground. He stumbles back to the couch before shooting up even more drugs. After the second round of drugs, Frank slumps over on the couch. Season 11, Episode 11 comes to an end with Frank looking dead on the couch. So, Shameless fans can’t help but wonder if this is finally the end of Frank.

As we’ve watched this series progress over the past 11 seasons, Frank has not been able to be taken out by anything. And, he’s had a lot of things throw at him.  So, it would make sense that suicide would take him out when nothing else has been able to.

Is ‘Shameless’ Season 11 Setting Frank Gallagher Up To Die?

Watching Frank deteriorate in the past few episodes has been hugely depressing for those who have been with the show since it started. This is true even for those who don’t particularly like Frank.

So, is Frank Gallagher dead? Shameless Season 11, Episode 11 airs tonight only on Showtime. But, you can check out the episode via the Showtime streaming app now. Do you think a family member will find him before it is too late? Or, is it curtains for Frank? Share your thoughts with us in the comments down below.