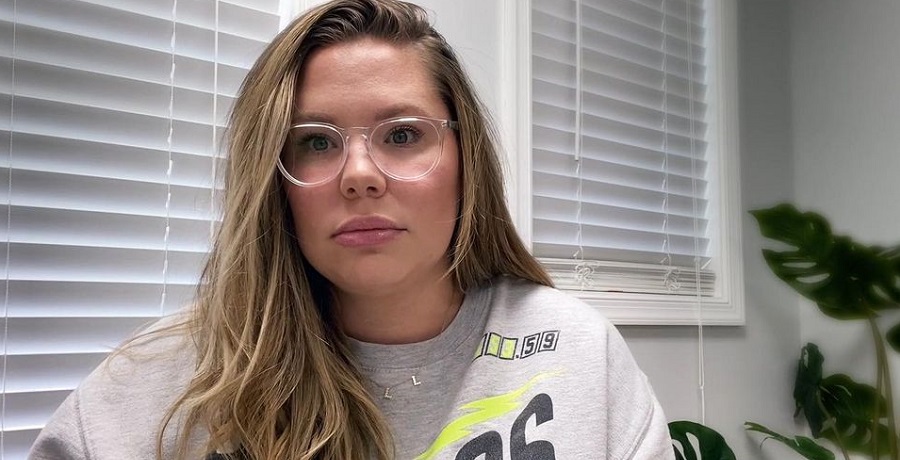 MTV personality Kailyn Lowry fears the worst for her four sons if she ever passes away. And, it isn’t necessarily because she thinks poorly of her baby daddies. She, however, firmly believes there is one huge aspect of her boys would miss out on if she died. Beyond the obvious issues with losing their mother at a young age, why does Kailyn Lowry fear the worst for her sons if she passes away? Keep reading, we’ll explain.

No one wants to think about passing away. But, when you have children, it is a topic you have to entertain. What happens to your children if something happens to you? Who steps in and takes care of them? Who takes over as the parent until they turn 18? Kailyn Lowry’s baby daddies all have custody arrangements. They are in their son’s lives to some extent. So, fans have to assume if something happened to her the biological fathers would take over. After all, this is what makes the most sense. It really comes down to if Kaily Lowry believes someone else should share custody with the fathers instead of them having sole custody.

There are, however, other things to think about. For example, if Kailyn Lowry dies and each son goes to live with their father… Would they just stop seeing each other? Two of her sons share the same father. But, she has three different baby daddies. There would be no real reason for the different fathers to co-mingle. So, would losing their mother also mean losing their brothers?

While it was likely a hard question for Kailyn Lowry to answer… One bold follower on Instagram asked anyway. Kailyn offered a pretty simple response.

The Teen Mom 2 star has no reason to think her baby daddies would not step up and take care of their sons if something happened to her. But, there is no real reason for them to allow their sons to continue to see her other sons. In fact, Kailyn Lowry admits she’s pretty sure they would make no real effort to continue to cultivate that sibling bond. Considering how devastating losing their mother would be, fans can only hope the baby daddies would make more of an effort than she expects them to. 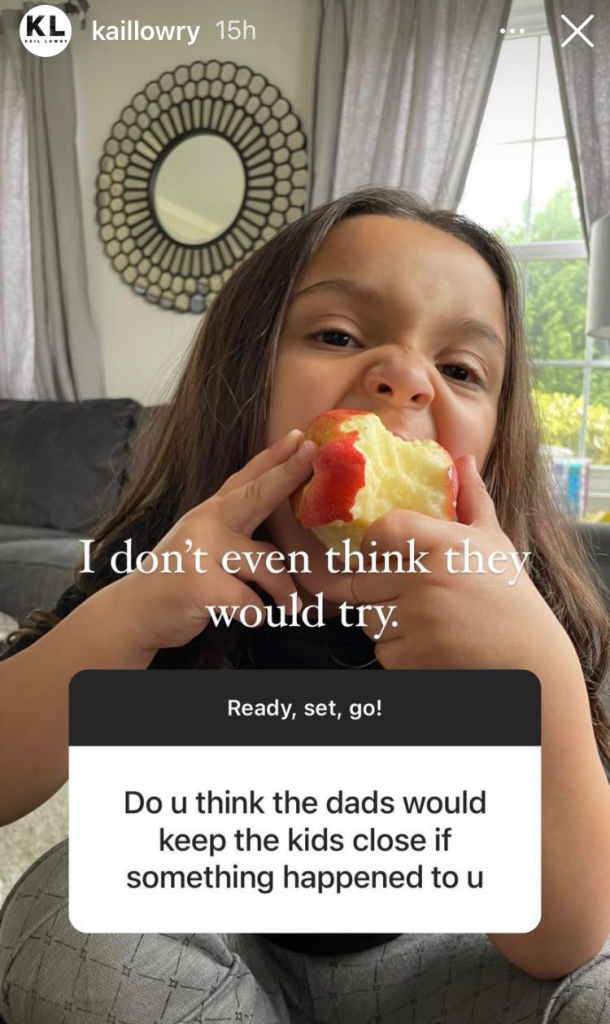 Do you think the boys would lose their brothers if Kailyn Lowry passed away? Or, would the fathers find a way to allow them to still see and spend time together? Share your thoughts with us in the comments down below.