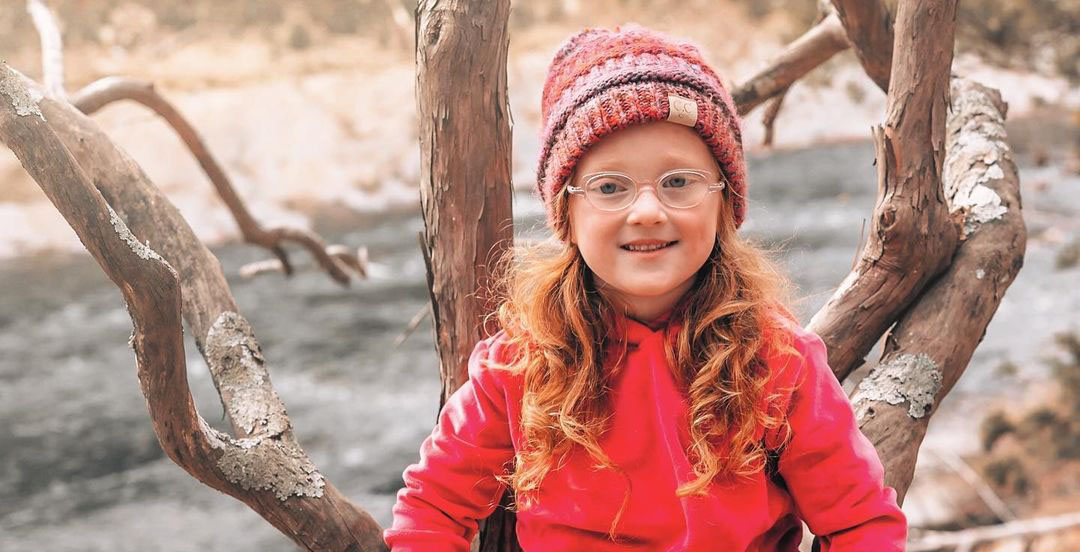 The Outdaughtered Busby family is always making headlines for one reason or another. Usually, it has to do with their parenting. Without a doubt, raising six daughters isn’t easy. Additionally, raising six daughters on television can’t be any easier. In a recent Instagram Story, it appears that Adam Busby is allowing Hazel to learn something that could help with her independence. However, it could also backfire terribly for him and Danielle. Keep reading to find out more.

In a recent Busby Instagram Story captured by @hazelgracebusbyfp, a Hazel Busby fan page on Instagram, viewers get to watch as Adam Busby lets Hazel practice opening a medicine bottle. At the beginning of the video, fans see Hazel attempting to twist the top of what looks like a vitamin bottle. For some reason, Hazel keeps trying to cover the camera. She also repeats, “I cut my hair.” Adam says, “so pretty,” in response. The video ends with Adam asking Hazel, “Did you get your vitamins open?”

There’s really no telling why Adam Busby would be so nonchalant about Hazel attempting to get her vitamins open. While opening a medicine bottle is easily a life skill, it probably isn’t something a nearly 6-year-old should know how to do. Especially not a 6-year-old with five other siblings causing chaos around her.

A post shared by B| Fan page for Hazel Busby (@hazelgracebusbyfp)

However, of the quints, it does seem like Hazel Busby has more going on in the medical realm than her sisters. Recently, Meaww reports on why Hazel wear’s an eyepatch. However, the video from above shows the adorable red-headed Busby wearing her glasses as normal.

Fans of Outdaughtered know that Hazel has to routinely go to the eye doctor. This is due to her nystagmus. The American Optometric Association provides a definition for nystagmus.

Nystagmus is a vision condition in which the eyes make repetitive, uncontrolled movements. These movements often result in reduced vision and depth perception and can affect balance and coordination. These involuntary eye movements can occur from side to side, up and down, or in a circular pattern.”

Much to Danielle and Adam Busby’s relief, in a recent eye doctor visit, Dr. Megan says that Hazel doesn’t require surgery immediately. Another update comes from Hazel’s teachers. They advise that Hazel will go to the front of the class when she can’t see something on the board, “but she doesn’t seem to turn her head as much.”

After some preliminary eye tests, Dr. Megan was able to determine that Hazel’s left eye is crossing. One reason for this is because Hazel’s right eye is much stronger. In order to gain strength in Hazel’s left eye, Dr. Megan suggests that Hazel wear an eye patch for at least two hours a day.

What are your thoughts on Adam Busby letting Hazel attempt to open a vitamin bottle? What do you think about Hazel’s eyepatch? Share your thoughts below in the comment section. Come back to TV Shows Ace for more Outdaughtered news.

Is Jessa Seewald Milking Her Birth Story For More Views & Revenue?
‘The Bold And The Beautiful’ Spoilers, July 19-23, 2021: Carter And Quinn Are All In
‘My Feet Are Killing Me’ Season 3: Release Date, What We Know
Roloff Rift Over? Isabel & Jacob’s Pregnancy Brings Family Together
’90 Day Fiancé’: Stacey & Florian Blasted For FAKE Intimate Photos