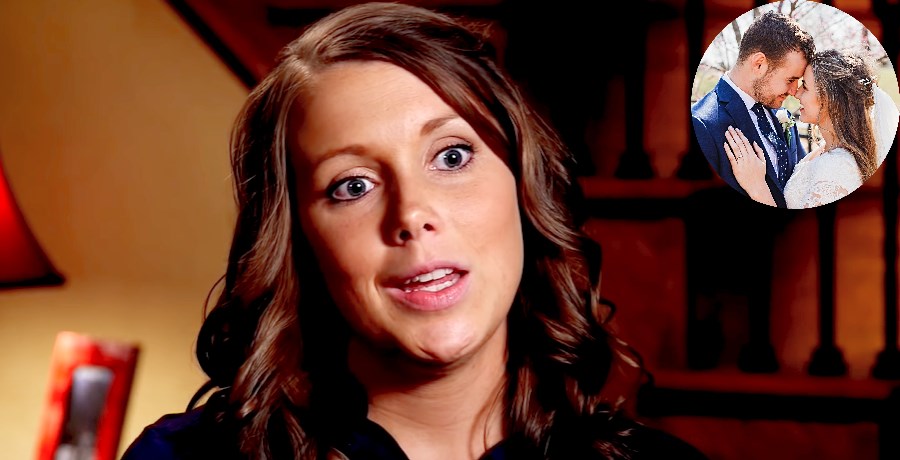 Anna Duggar, Josh’s wife, was dragged on Instagram earlier for being rude to Jed’s new wife Katey. In fact, the mother-of-six caught so much backlash that she attempted to take back what she said. But, once something is put on the internet… There is little hope of taking it back completely. And, unfortunately for Anna Duggar, many people saw and responded to her comment before she removed it. What exactly did Anna Duggar say regarding Jed’s new wife Katey that had Instagram up in arms? Keep reading. We’ll explain.

Joining the rest of the Duggar family, Anna Duggar congratulated Jed on his fresh marriage and his beautiful wife. But, Anna’s comment was not well-received by those following Jed on Instagram. Turns out, Anna spelled Katey’s name wrong in her comment.

Anna spelled it “Katie” in her original congratulations comment. While typos and spelling mistakes happen from time to time — especially on social media — spelling someone’s name wrong is a whole different beast. This is especially true when they are new to the family. Such a big family at that. Many noted her not taking the time to spell Katie’s name wrong in the comment was just “rude.”

See screenshots of the original comment and the backlash below. 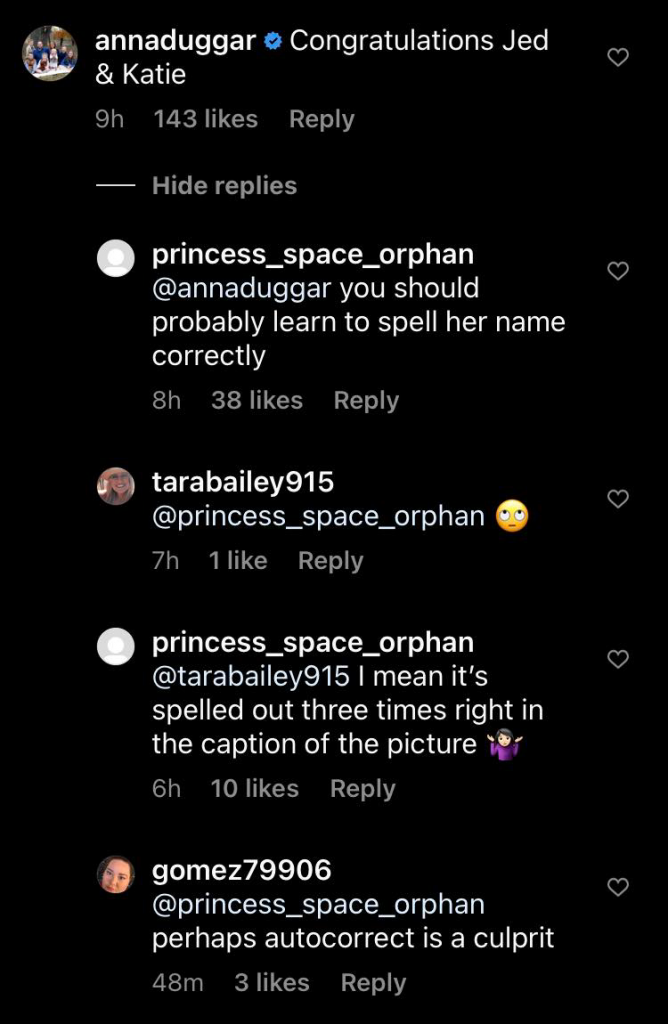 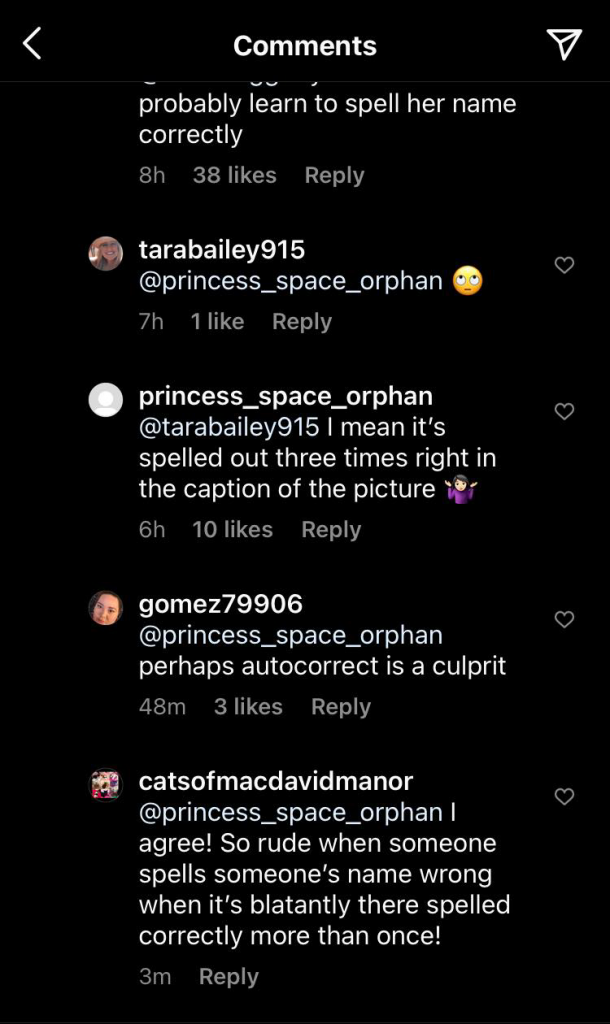 There was little support for the mistake

One noted it was probably just autocorrect adjusting the spelling of the name. Three liked the comment suggesting Anna Duggar had a little support in the comments. Most, however, agree there was no excuse or justification for spelling the name wrong. One individual noted Jed spelled Katey’s name out three times in the caption. Anna could have just copy and pasted it if the name was too difficult to spell out.

Another agreed: “So rude when someone spells someone’s name wrong when it’s blatantly there spelled correctly more than once!”

Now, Anna Duggar’s comment containing the misspelling of Jed’s new wife’s name was up for at least nine hours with over 100 likes before being removed. Fans assume Anna became overwhelmed by the backlash and criticism she was receiving. So, she decided to delete it and leave a new one with her name spelled properly. Her new comment hasn’t received nearly as much attention.

Do you think Anna spelling Katey’s name wrong in the comment is rude? Were Duggar fans right to attack her on Jed’s Instagram? Share your thoughts with us in the comments.