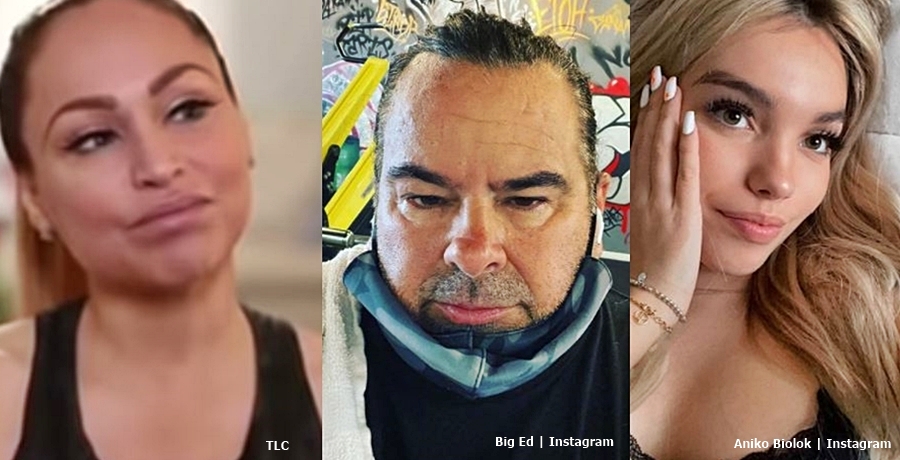 90 Day Fiance Darcey Silva has two daughters, Aniko and Aspen Bollok. Fans saw them on the show occasionally, but they featured a bit more in their mom’s spinoff, Darcey and Stacey. The teens seem like nice kids and they survived their mom’s many tumultuous affairs as she searched for love. Meanwhile, Big Ed who fans love to hate crossed their lives and Aniko outed him for inappropriate behavior.

Big Ed seems like a strange character for many TLC fans. Many of them hated the way he treated Rose Vega during his first season. In fact, they thought him every disrespectful of women in general. And yet, the short man with no neck accumulated massive numbers of fans who adore him. Inexplicably, that’s despite the fact that many people feel he’s way inappropriate as he allegedly talks with young girls on his social media. Some of them seem very young, so critics labeled him as “Pedo.”

Now it seems that 90 Fiance Fiance star Darcey Silva’s daughters felt uncomfortable with Big Ed. Actually, long back in Season 4 of Before the 90 Days, another cast member spoke about it. Blake Abelard spoke with Domenick Nati and said that he thinks Big Ed’s oddly off. Blake slammed Big Ed for being “weird” and “inappropriate” for allegedly carrying out  Instagram Live videos with young girls. And again, in 90 Day The Single Life, fans thought that Ed seemed way too old for his choice of women. Clearly, fans decided, Big Ed likes them young.

Inappropriate Big Ed gets called out

On April 3, @90dayfiancefanatics2 on Instagram shared some comments by 90 Day Fiance Darcey Silva’s daughter Aniko. Actually, the teens seem caring and considerate towards their mom.  Screenrant reminds fans that Darcey’s kids often gave their mom advice as she navigated her way through the relationship with Jesse Meester. Later, they acted caring and chatted with their mom about Tom Brooks. Certainly, while Darcey seems bad at choosing men, she seems like a good mom to Aniko and Aspen. In 2021, Aspen reached the age of 14. Meanwhile, Aniko’s 16.

90 Day Fiance star Darcey went for the Tell-All and Big Ed also arrived there. Obviously some time ago now, the two girls were younger. In her comments, Aniko claimed that Big Ed spoke to them about how “attractive” they were. She said that she felt “very…uncomfortable.” Notably, she seemed convinced that he acted inappropriately with them. Well, Big Ed’s apparent preference for young women is well known by TLC fans. As you can expect, they felt bad that Aniko and Aspen experienced that.

What are your thoughts about 90 Day Fiance star Darcey Silva’s daughters feeling “uncomfortable ” with Big Ed? Do agree that talking to young teens about their attractiveness might be inappropriate? Sound off in the comments below.