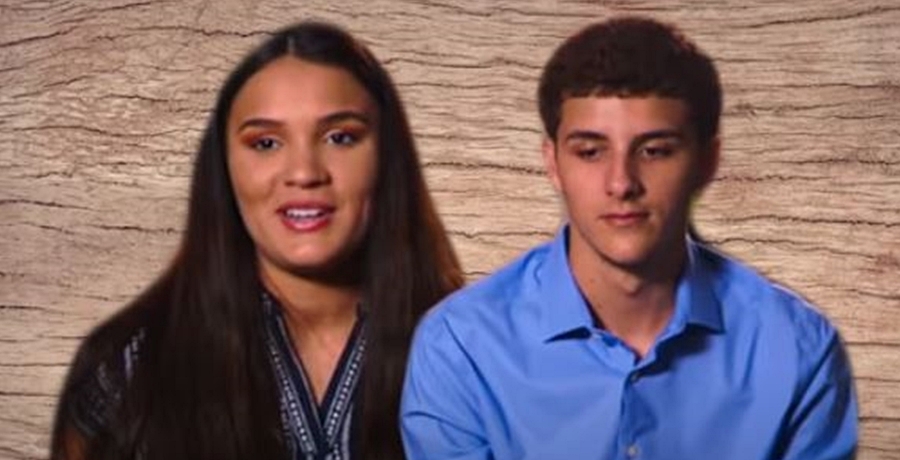 Unexpected Rilah Ferrer deleted her Instagram account recently. Now she returned and took a stab at her baby daddy, Anthony Vanelli. Recall, he ended up arrested for alleged domestic violence against Rilah. Like Max Schenzel, his castmate from the TLC show, he saw the inside of jail more than once. Now, he’s arrested again and Rilah hopes he stays jailed forever.

Unexpected Rilah Ferrer deleted her Instagram but returns on April 2

Rilah’s baby daddy Anthony ran afoul of the law a couple of times. Recall, the first time, Rilah accused him of domestic violence. Later, news arrived that he spent time behind bars again. That time, he allegedly pulled a gun on one of his relatives. Obviously, Rilah hates that he seems so violent. For ages, they tried raising their daughter Malayah via co-parenting. However, it never worked and fans saw a lot of bickering going on. Despite rumors that they reunited, that apparently didn’t happen and she denied it.

Fans like Unexpected Rilah and felt saddened when she deleted her Instagram account in February. For some time, rumors ran around that the TLC alums got together again. But toward the end of last year, Rilah Ferrer denied it very strongly. Starcasm developed a reliable reputation for digging into the arrest records of TLC castmembers. So, they listed his long string of brushes with the law. After Anthony’s arrest for the gun offense, maybe Rilah just grew embarrassed. That’s when she went off social media. However, she popped back up again this Easter Weekend.

On March 3, fans heard via @tlc.unexpectedtea that Anthony was arrested again over the weekend. Unexpected Rilah probably feels terribly embarrassed. After all, as one fan pointed out, “man even MAX [Schenzel tried staying] out of jail. this [seems] so embarrassing.” Even worse, Max shaded Anthony for his various arrests, especially the one with a gun. Nevertheless, Rilah returned and said her piece about the latest arrest.

The Story that @tlc.unexpectedtea shared revealed a new arrest. The swipe-up revealed that Unexpected mom Rilah now experiences more scandal over Anthony. Allegedly, Anthony ended up behind bars for “aggravated assault with a deadly weapon.” When Rilah arrived in the comments, she said that she returned from sheer boredom. Naturally, fans said that they feel sorry for her.  However, she seems unconcerned that Anthony landed up arrested again. Possibly, she just feels grateful as he can’t hurt her from jail.

Remember, check back with us often as we update our readers on the latest Anthony Vanelli arrest.