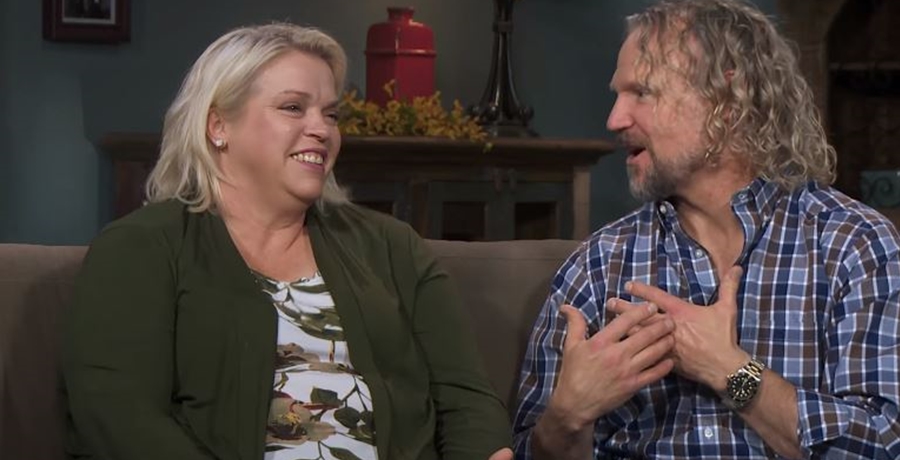 Sister Wives spoilers arrived for Sunday night’s episode on TLC and discovery+. Fans already saw that Robyn Brown seems like Kody’s favorite wife of all the women. Right now, it seems he totally got over the polygamous lifestyle. So, when meets up with Janelle, a teaser reveals that he seems very happy. Clearly, they indulge in a bit of PDA.

In the current season of the TLC show, Meri and Kody continue their doomed relationship. Meanwhile, he took issue with Christine and the way she makes different rules for her kids. Plus, she hates it when he visits as he disrupts her life. At one stage, he clapped back at Janelle as she wouldn’t make her son’s social distance. So, that meant he couldn’t visit their home during the coronavirus quarantine. Amidst all the drama, fans saw that Meri felt Kody tries picking and choosing which woman is still his wife. In a previous teaser, fans saw that Robyn Brown complicated things as well.

In the Sister Wives spoilers about Robyn, she obviously picks up the vibe from the other wives. After all, Kody stayed with her during the quarantine. Supposedly, he chose her place as her kids are younger than the others. However, fans always suspected that he prefers Robyn to any of the other spiritual wives. About five years too late, fans think,  it seems that Robyn found a conscience. So, she says that he spends way too much time with her. Predictably, Kody rants about how he’s not there for all this drama with his wives.

In the next Sister Wives spoilers for Sunday’s episode, fans see that Kody finally reunites with Janelle. A month passed since he last met with her. However, he acts like it’s been about ten years. Clearly, Kody wouldn’t cope in the armed services. Looking nervous like a boy on his first prom date, he arrives at Janelle’s house. However, he needn’t have worried as Janelle greets him like her long-lost and only love. Stressing, Kody tells Janelle that he felt terrible “anxiety” about the meetup.

Well, the Sister Wives spoilers highlight all the drama of a few weeks’ separations beyond necessity, some people think. Nevertheless, fans like the way Kody and Janelle interact. After all, as Kody says, when they get together, they instantly bond. Actually, TLC fans noticed over the years that Janelle’s the least likely of all the wives to cause unnecessary drama and turn on the tears-tap. So, they discussed in the comments on Facebook how they think he should keep Janelle.

Comments from fans on Janelle and Kody

Fans who reacted slammed Robyn a bit. However one of them reminded people that the previous Sister Wives spoilers revealed she also feels bad about Kody spending most of his time with her. Then they talked about Janelle and Kody. Here’s a selection of their comments:

Jeanelle is the easiest wife, no drama what so ever. She is loving, non judgemental and very easy going. She is truly the only wife fit for polygamy.”

I honestly think Kody is the happiest with janelle. He seems to fall into the person he truly is. [Kody] seems happy!!!.”

He was probably so glad to be away from the 3 unwanted wives.”

If you didn’t know, the Sister Wives spoilers about how close Kody and Janelle seem came graphically illustrated last week. It came during the funeral of Meri Brown’s mom, Bonnie. Spotted at the funeral, Kody stopped and kissed and engaged in a bit of PDA with Janelle, according to The Sun UK.

So, should Kody keep Janelle and give up on the rest of the wives? Sound off in the comments below.

The Duggar Family Might Be Hiding Another Engagement Or Two
‘My 600-lb Life’ Update on Lupe Donovan: Where is She Now?
Mystery Man In Amy Halterman’s Bikini Pics Baffles Fans: Who Is He?
‘The Young And The Restless’ Spoilers: Victoria Goes After Adam
Is Michael Halterman Putting On Weight? These Pics Have Fans Concerned