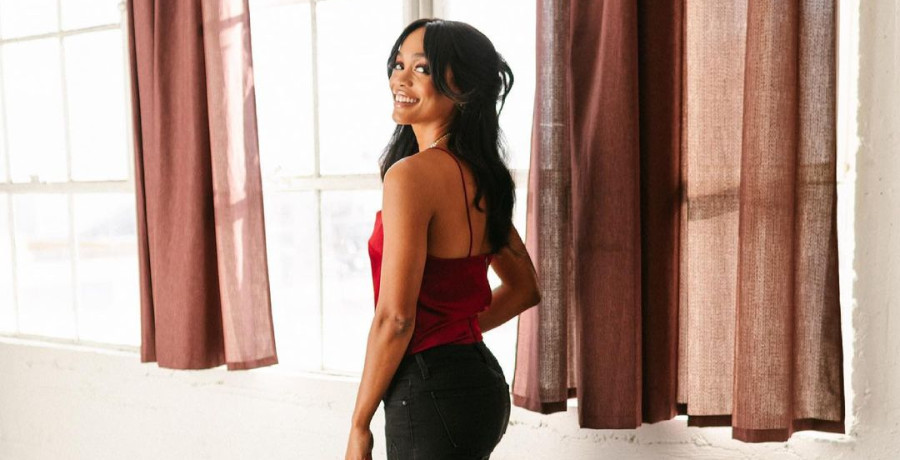 Rachel Lindsay and Bryan Abasolo are done with a long-distance relationship, but not the way you think. What’s going on with one of the few success stories to come out of Bachelor Nation?

Long-distance relationships are not easy. Bachelorette alum Rachel Lindsay and her husband Bryan Abasolo are finally back together on the same coast. How are they adjusting to living under the same roof?

Why Were the Married Couple Living Apart?

Rachel Lindsay’s romance with Bryan Abasolo set an example for future Bachelorette leads. Not only did she get engaged to her final rose pick, they actually made it to the altar and beyond.

One of the real-life issues that come up a lot on The Bachelor franchise is location. Is the lead or their prospective mate willing to move? For some couples, distance is the doom of the relationship.

But for Rachel Lindsay and Bryan Abasolo, distance only strengthened their bond. But why were they living apart in the first place?

The simple answer is: their careers. Since her time as The Bachelorette, Lindsay has carved herself a career in entertainment, with various podcasts and a regular gig on Extra.

Here's to starting off the week with a laugh … If nothing else, @vanlathan and @therachlindsay gon cut up 😂 pic.twitter.com/CukOJjXFX7

It was her interview with Chris Harrison for the news magazine that kicked off a firestorm of controversy involving the franchise.

Many fans of the Bachelor Nation host blamed Rachel Lindsay for the entire scandal.

(In short: racially insensitive photos of Bachelor contestant Rachael Kirkconnell came to light. Chris Harrison appeared on Extra to defend her. After the interview, he was taken to task for refusing to outright denounce Kirkconnell’s prior actions.)

The hate Rachel Lindsay got went beyond nasty messages. She was getting threats to her safety and livelihood.

Things got so bad with Bachelor Nation fans that Lindsay temporarily deactivated her Instagram. Bryan Abasolo spoke up in his wife’s defense. In an Instagram post, he encouraged her to “keep going and never stop being you and fighting for what’s right.”

People reports that Rachel Lindsay and Bryan Abasolo have lived on opposite coasts for the last year. While Lindsay was in California, Abasolo was tending to his budding medical career.

He also has his own podcast, Dr. Abs Healthcare. The former Bachelorette explained the separation during an appearance on his podcast last year. She said, “You’re focusing on your practice and building it to a place you want it to be.”

The plan was always to “eventually bring ourselves together.”

Well, the plan is in action. Earlier this week, Rachel Lindsay shared a sweet post on Instagram about their reunion. She wrote that “RnB are back where we belong — together.”

She further revealed that her husband was still “getting settled” in California.

During the last few months, Rachel Lindsay has spoken out about possibly ending her ties with Bachelor Nation. If she does, she will likely have her husband’s full support.

Season 16 Bachelorette Tayshia Adams is also navigating a bicoastal romance. Her fiance, Zac Clark, recently surprised her in New Mexico. The California native is in New Mexico filming Season 17 of The Bachelorette. Along with Kaitlyn Bristowe, Adams is stepping in as temporary host.

How Religion Kept Colton Underwood In The Closet
‘Below Deck Sailing Yacht’ Star Gets Candid About ‘Overwhelming’ Anxiety
Chase Chrisley & Emmy Medders Have A Lavish Date Night
Frustrated Fans Are Over Danielle Busby & Here’s Why
‘General Hospital’ Fans Did NOT See This Coming — SERIOUSLY?!