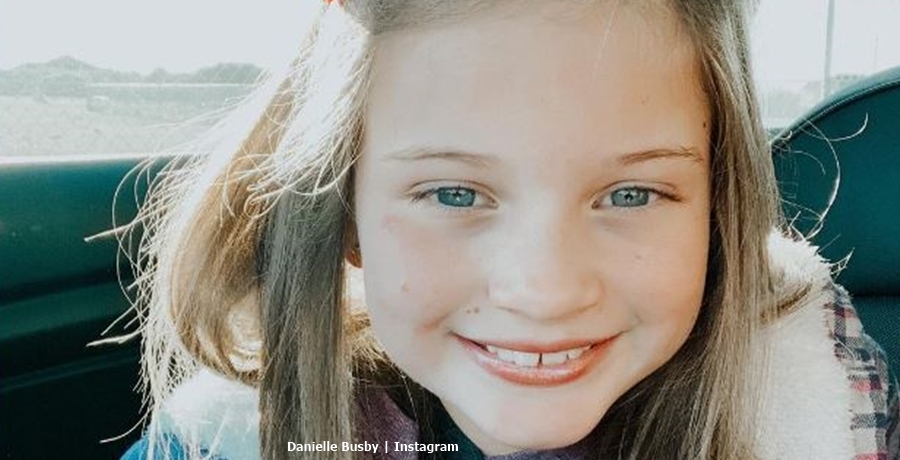 OutDaughtered birthday celebrations for Blayke lasted for some days this year. Danielle Busby explained why she didn’t mind spoiling her daughter this year. After all, she hit double digits and turned 10 years old. Additionally, last year, her birthday seemed a bit underwhelming because of COVID-19. Blayke’s mom already shared some photos and now, she promised she records it all for more vlog content.

We reported that Danielle Busby talked about making a special effort for Blayke this year. She told her Instagram fans, “I CANT BELIEVE she will be 10yrs old in one week!!! Birthday festivities start this week too! It’s gonna be a good one!!” Actually, we also noticed that last year’s birthday seemed a downer. After all, with no friends celebrating, somehow, it’s just not the same. Actually, the quints also celebrated their birthday rather low-key. At the time, Danielle promised them something special in the summer. Recall, the quints celebrate their birthday just days after Blayke.

OutDaughtered birthday celebration for Blayke started a few days early. Two full days of celebrations revealed that potentially, Blayke and her friends enjoyed a sleepover in a hotel. Later, a Story from Danielle revealed that the girls all enjoyed a proper spa treatment. Of course, nobody knows if they really stayed over in a hotel. However, in his stories, Adam Busby revealed that he babysat the quints for a bit. He and the little kids spent some time at the park.

Danielle promises content for the It’s A Buzz World vlog

On Easter Friday, Danielle shared more about the OutDaughtered birthday celebrations for Blayke. This time, she posted up a photo of Blayke and her friends out and about. In her post, Danielle said that she took time away from”social media.” She gave her daughter her “undivided attention.” Additionally, she talked about “the best two days.”  Plus, she devoted 48 hours and she claims it seems like the “best one yet.” Next, the TLC star noted that she used a “GoPro” and promised fans they will soon see it all on the vlog.

Actually, the OutDaughtered birthday celebrations over Easter might also involve the quints. The holiday’s not over yet. Possibly, Adam and Danielle dedicate at least one of the days putting on something special for the quints. Next week, they turn six years old! If that happens, perhaps TLC fans can look forward to a whole heap of vlog updates. Fans love the vlog as Adam keeps content coming even out of season.

Practically every year, OutDaughtered birthday celebrations feature in the TLC show. Usually, the focus on the quints makes fans feel a bit sorry for Blayke. However this year, clearly Adam and Danielle went out of their way to make it very special for her.