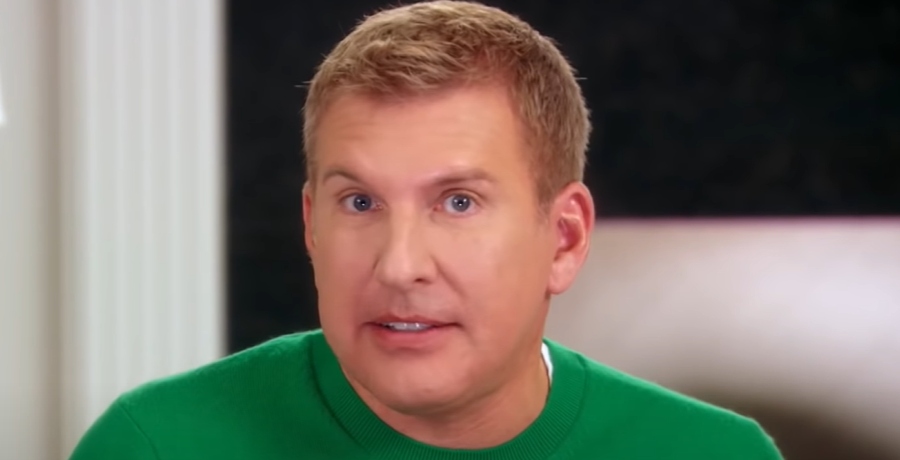 For everyone that can’t get enough of Chrisley Knows Best, don’t worry. Every Wednesday, tune into wherever you listen to podcasts for Chrisley Confessions. Weekly, Todd and Julie Chrisley let their fans know what is going on in their lives. Not only that, but they address fan-specific messages from the podcast’s voicemail. Keep reading to get the scoop on one of Todd’s newest shows.

For weeks, on Chrisley Confessions Todd Chrisley goes on and on about how busy he is. Notably, Julie agrees with him. Up until recently, he was just hinting that he had some shows in the works. However, on the most recent episode of the podcast, he divulges some details about what he’s had in the works.

Earlier, TV Shows Ace reports that one of the shows that Todd Chrisley is working on is a prank show. While he doesn’t give too many specifics, he mentions that he is working with a “major Country music star here in Nashville.” Listeners can only assume that it’s Luke Bryan after Todd shares that his co-host is Caroline Bryan, Luke’s wife. This is fitting because this new show is a prank show. If anyone is familiar with Luke and Caroline Bryan’s shenanigans, then it is apparent that these two are the king and queen of pranks.

Next, the Chrisley Knows Best patriarch goes on to share that his second new show is a dating show. He shares that they’ve wrapped up filming their first episode and “that’s turned out so, so good,” he proclaims. Julie adds her thoughts on the new show. “That one’s gonna be fun too,” she shares.

While discussing Todd’s new dating show, Julie reminisces on the first day of filming for Chrisley Knows Best. “Ya know, I’ve watched reality tv and ya know, does stuff like that really happen?” It’s at this point, that Julie Chrisley realizes that “stuff like that” really happens. Consequently, she prompts Todd to discuss a similar moment from when he filmed the dating show. Todd even acknowledges that it “takes a lot to shut [him] up and to shock [him].” He shares that, “this first episode shocked the sh*t out of me.”  “Did he just say that?” “Did she just say that” “And we wonder why neither of them have someone to date,” rationalizes Todd.

Are you going to tune in to either of Todd Chrisley’s new shows? Let us know in the comment section below. Come back to TV Shows Ace for more Chrisley Knows Best news.

Khloe Kardashian & Tristan Thompson Spending Time Together: Are They Back Together?
Hallmark’s ‘Mystery 101: Deadly History’ Is Latest Signature Mystery Thriller
Who Is ‘Say Yes To The Dress’ Star Randy Fenoli’s Heroic Mom?
‘Young And The Restless’ WAIT!! Rey Rosales And Chelsea Lawson Fall In Love?
Proof Nic Kerdiles & Savannah Chrisley Are Back Together Surfaces?!