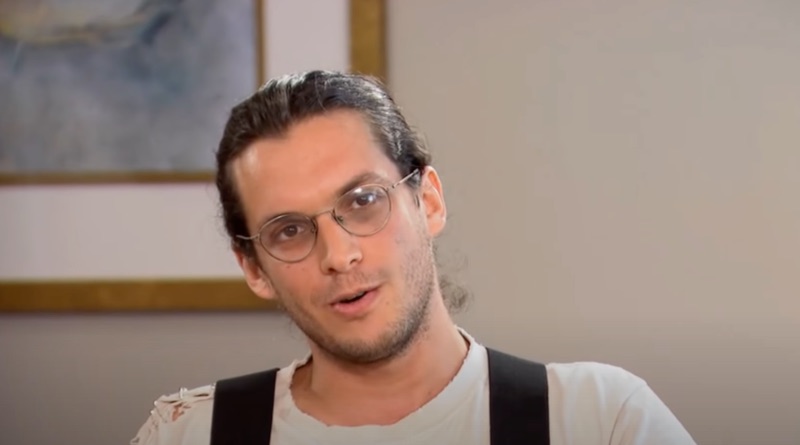 Married at First Sight husband Bennett Kirschner recently copped to wearing a dress. Meanwhile, Amelia Fatsi’s groom had some other big news to share as well.

Married at First Sight fans know Bennett Kirschner as Amelia Fatsi’s quirky husband. Meanwhile, along with his unique personality, he has the style to match. Watchers remember the nightgown he worse during Season 11 in New Orleans. Meanwhile, his fashion sense generated a lot of discussion among fans.

Based on the latest Married at First Sight updates from Bennett Kirschner, he keeps his style one-of-a-kind even after filming his season in New Orleans with Amelia Fatsi. It looks like he took the joke of him wearing a dress and ran with it. The latest pics show him in an actual dress this time around.

Bennett Kirschner is a creative type through and through. He has a Master of Fine Arts in playwriting from the University of New Orleans. In addition, he founded a theater group called Intramural Theater. He certainly is the type to juggle multiple creative endeavors at one time. Moreover, he recently made a big announcement regarding what fans can expect next.

It turns out, Married at First Sight celeb Bennett Kirschner will release an album with his band, TV Pole Shine. His 12-piece band will release their first full-length album after years of performing together. Interested fans can grab the album when it drops on April 13 – on all major platforms.

Married at First Sight hubby Bennett Kirschner shared photos of himself performing with the band. As it turns out, that’s where the dress came from, too. He confirmed for his fans that he did, in fact, wear a dress while performing. In Bennett’s own words, his band’s music encompasses “jazz, funk & punk.” In addition, he said that this album is just what fans need to “get those feet on the floor.”

Married at First Sight Husband Has a Lot Going On

Bennett Kirschner has a lot of things going on. In addition to participating in his theater group, releasing and playing music with his band, and being a husband to Amelia Fatsi, he is also an energy consultant for a solar company in Virginia.

Bennett Kirschner has a personality that Married at First Sight fans love. Meanwhile, it’s hard not to root for the guy in everything he does. Certainly, there’s already a lot of interest among his followers relating to this upcoming album. So it’s definitely going to be something to listen to once it’s finally out. Either way, Bennett seems to be living his best life with everything he has going for him – including his happy marriage to Amelia Fatsi.