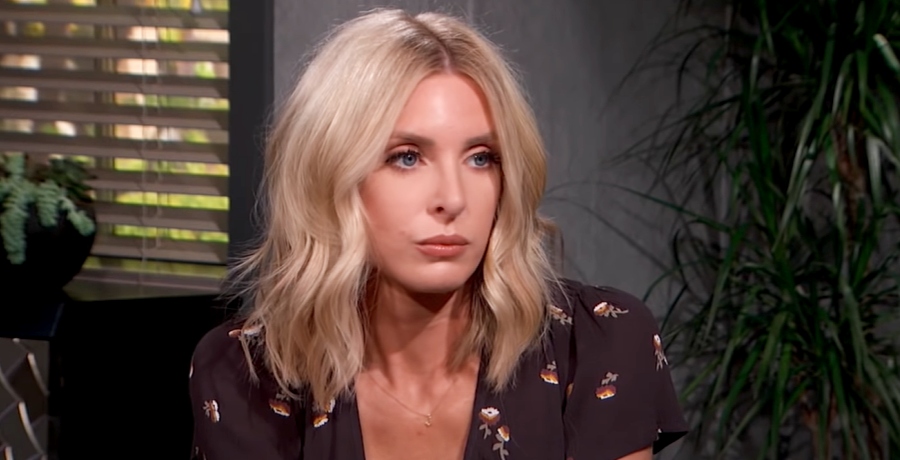 Lindsie Chrisley owns her addiction, it isn’t what you think

Now, those who follow the family know her brother Kyle has a history with drugs. His drug problem became so bad he was cast out of the family. Years past and their father Todd had nothing to do with Kyle. But, during the Season 8 Finale Todd and Kyle finally reconnected. Todd required Kyle to get weekly drug tests. As long as he tested clean, he could continue to be a part of the family. But, Todd made it clear he had to be cautious. He loved all of his children. He, however, could not risk Kyle hurting the rest of the family again.

Fortunately, Kyle was pretty understanding of his father’s hesitation. He just wanted to be a part of the family again. And, he seemed willing to earn that trust.

Lindsie Chrisley, like Kyle was, is estranged from the family. There is a lot of deep-rooted drama between her and her father. Truthfully, fans probably only have part of the story. What we do know is Lindsie has nothing to do with her father’s side of the family. So, when she started spilling on her addiction via Instagram fans were not too surprised. Some believe addiction is a genetic thing.

But, before you panic and rush to scold her… Her addiction isn’t exactly in the same realm as her brother Kyle’s was. Check out the screenshot below to see what addiction she’s been talking about lately. 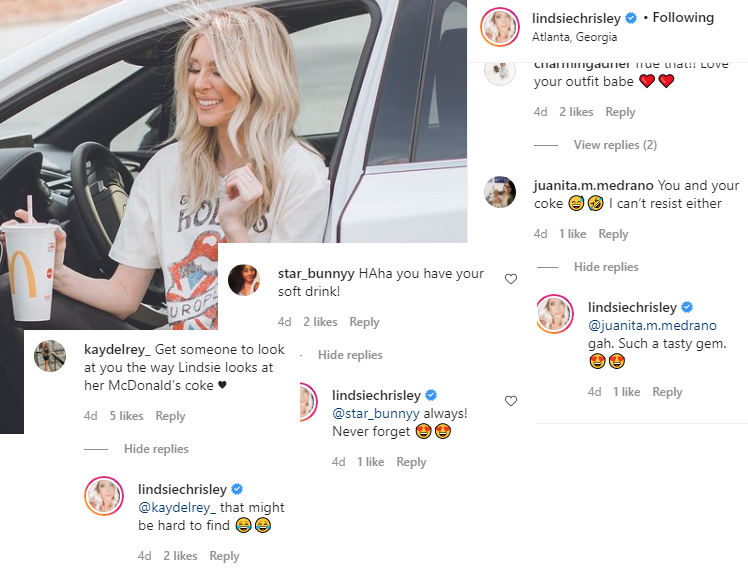 Lindsie Chrisley has discussed her addiction to fountain drink cokes more than a few times. On her Instagram Stories, she’s even shared screenshots where she used a food delivery service simply to order a coke. In the comments of her Instagram post, her fans jested they wished they could get someone to look at them the way Lindsie looks at her coke.

In response to some of the comments, Lindsie admits that she never forgets her coke. She considers it a “tasty gem.” Her Instagram followers did not find the coke addiction surprising.

Did you know Lindsie Chrisley had an addiction to coke? Share your thoughts with us in the comments.