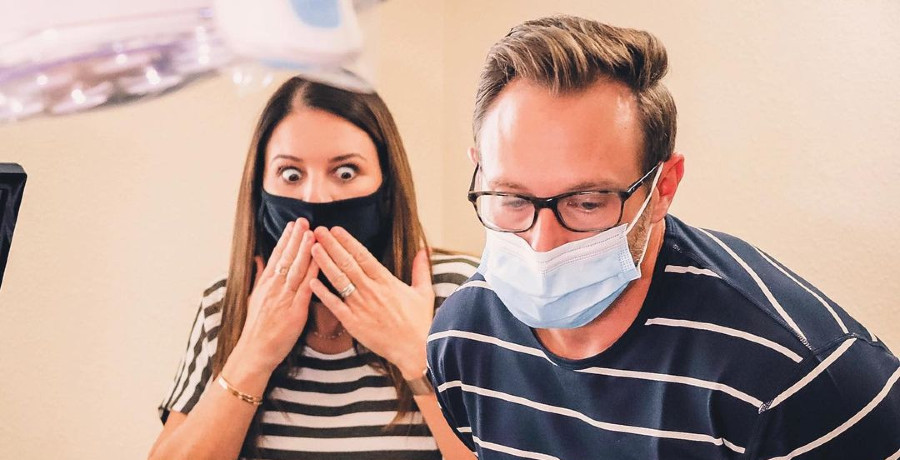 In a new preview for the next episode of OutDaughtered, Danielle Busby is hiding something from Adam. She also worries about the toll her health issues are taking on her ability to live a normal life.

How much more can she take?

Danielle Busby Hiding Something From Husband

Fans were worried when Danielle was rushed to the hospital back in November. At the time, she described her symptoms as tingling sensations in her arms and legs. The hospital visit was inconclusive. The Season 8 trailer alluded to possible heart issues, but that hasn’t played out on-screen yet.

In the next episode, viewers will find out more about Danielle’s health troubles. A new trailer reveals the lengths Danielle has gone to keep Adam from knowing how bad things are getting for her.

In the clip on the People magazine website, Danielle says she doesn’t want her husband to “have to worry about me.” So while he knows “there’s things here and there” that cause her pain, he doesn’t know “how bad it’s gotten.”

OutDaughtered Mom Worries About Health As Symptoms Get Worse

What started as pins and needles has turned into near-constant “migraines,” “neck pain” and “heart palpitations.”

It’s the heart palpitations that are “kind of scary” for the mom-of-six. Despite seeing several specialists and undergoing a battery of tests, “nothing’s getting better” with her health. And she doesn’t know why.

While she feels pain every day, she still pushes herself to normalcy. One of her favorite things to do when visiting new places is doing a handstand. She recently posted a photo on her Instagram of her doing one in a cavern.

What Could Be Wrong With Danielle?

Clearly, Danielle tries to push through the pain. She admits in the new episode that she is “just starting to get worried.” But she is determined to “do as much as she can.” Especially with the holidays approaching. (The next two episodes were filmed at Thanksgiving and Christmas.)

Does she have heart problems? Could she have an autoimmune disorder or fibromyalgia?

Whatever it is, she hopes the doctors find out soon. Danielle doesn’t think she can handle it “if it gets any worse.”

Filming for Season 8 ended months ago, but it doesn’t seem that Danielle has any answers yet.