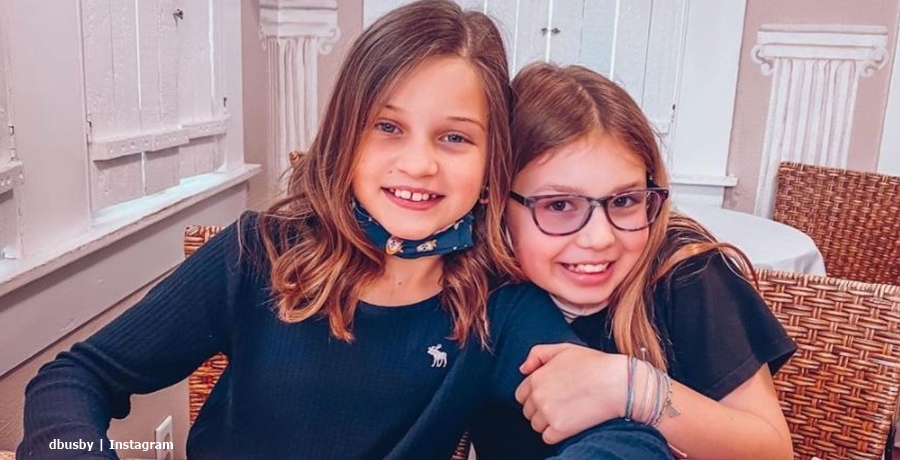 Blayke Busby’s birthday celebrations and festivities started a bit early this year. Born on April 5, she’s closely followed the quints who celebrate their birthday on April 8. So, her parents always try and make her birthday special. The OutDaughtered kid turns 10-years-old this year. It looks like Danielle and Adam went all out for the TLC starlet.

We reminded fans that a recent episode of OutDaughtered revealed that some of Blayke’s friends enjoyed a sleepover at her place. Danielle arranged that as last year, as she couldn’t see her friends during the quarantine. So, despite Adam trying his best, her ninth birthday seemed a bit of a downer. Blayke seemed happy that her friends eventually came around. Mind you, even that ended with a downer. Later, the Busbys went and collected quints from their own sleepover at Uncle Dale’s place. However, they heard the bad news that Dale tested positive for COVID-19.

Last year, Blayke Busby’s birthday didn’t go so well, Danielle told her fans they plan something special in 2021. The TLC star reminded fans that her daughter turns 10. Important, most kids recall the year they hit double digits. On March 29, Danielle said that their celebration and festivities start this week.

Hoping for some photos, fans saw that Danielle dished two on April 1. As they didn’t show the quints, maybe a few more celebrations involve the little kids over the Easter period. After all, everyone knows the quints love a good party!

Sleepover for the birthday girl – was it in a hotel?

When Danielle shared the photos of Blayke Busby’s birthday party sleepover, she and her friends stood in a row holding up balloons. Then in a second photo, the girls all sat with their face packs on. Well, TLC fans loved the photos. As you can imagine, plenty of them sent in their best wishes for Bayke on her special day. However, a few fans noticed that the sleepover seemed to be in a room that didn’t look like Adam and Danielle’s house. Admittedly, the home underwent extensive renovations so fans can’t be sure.

Actually, if Blayke Busby’s birthday party sleepover took place in a hotel, it sounds like a nice way for her mom to assist with the celebrations. After all, many hotels accommodate the idea. Plus, it’s nice as the rest of the family might also book in and enjoy a short stayover.

What are your thoughts? Does it look like Blayke and her friends enjoyed a sleepover in a hotel?  Sound off in the comments below.