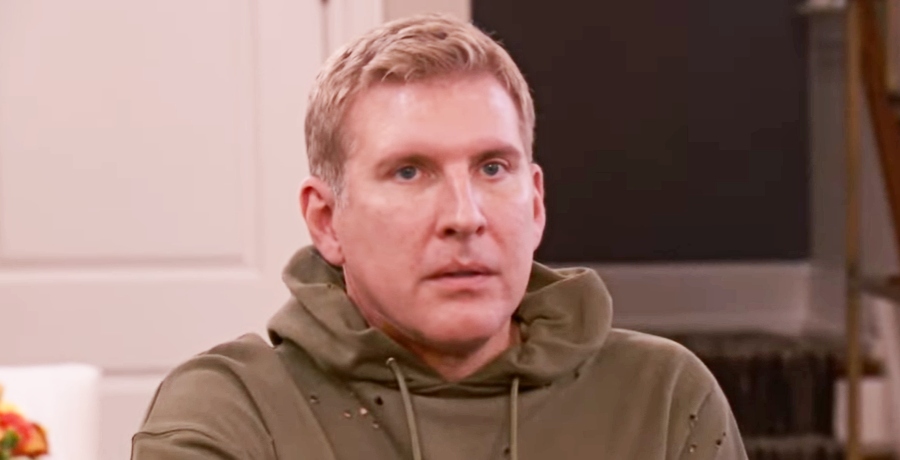 As many Chrisley Knows Best fans know, Todd Chrisley does not hold anything back. While the latest season of the hit USA Network television show may be over, that doesn’t mean you won’t hear from Todd Chrisley. Every Wednesday, Todd and Julie Chrisley update their fans on their podcast, Chrisley Confessions. In the most recent episode, Chrisley Knows Best patriarch explains the pros and cons of being famous. Keep reading to find out more.

Next, Todd Chrisley hones in on one of the primary negatives of being a public figure. “We’ve given up every ounce of our privacy. Even to those who don’t deserve it,” mentions Todd Chrisley.  Consequently, the positive side of this is the love that the Chrisley family has for their fans. Todd goes on to list all of the productions that involve Chrisley family members. Chrisley Knows Best and Growing up Chrisley, are the two confirmed show titles that Todd lists. He also confirms that Julie has a cooking show coming out. However, there isn’t any indication on whether or not it is Cooking with Julie. Additionally, there are two other shows from the Chrisleys that are coming out, according to Todd.

The publicity gives an added challenge to parenting

“I greatly appreciate you watching our shows and accepting us as part of your family. But we have to draw the line when it comes to you coming to our home. You can’t just come to our home, climb fences, and jump gates, and you know, knock on our door at 11:30 at night,” shares Todd. Julie also recounts terrifying instances of people approaching Grayson and Chloe. Rightfully so, given the Savannah stalker situation, it is apparent that the Chrisley parents are on edge about interactions with people they don’t know.

“It’s hard because we have to tell the kids, ‘You stay away from cars’ and when someone rolls the window down and wants to talk, ‘No!’,” explains Julie. She is very aware that bad things can happen. “It is not a direct reflection on our fans, or us trying to be rude, it is about making sure that our children stay safe,” elaborates the Chrisley Knows Best mother of six.

Concerningly, Todd goes on to speak about how a gray Expedition got into their neighborhood. At the time, Grayson was outside on his electric skateboard. Luckily, security was at the top of the driveway watching Grayson. “These people kept saying ‘I need you to get your dad, Savannah, and Chase to come outside and take a picture with us.’” However, Grayson has been taught not to speak and keep going. “These people were relentless. They were relentless. Demanding that he go get his family and take a picture with them,” reiterates Todd.

Explains what he doesn’t owe fans

Next, he brings his point home. “Folks, we don’t owe that.” Assumably, Todd is being so blunt about this because he feels that he’s held up his end of the deal when it comes to being famous. He says that they give the fans what they expect and that is “the truth about their lives.” Additionally, he shares that he wants people to see that they go through some of the same things as everybody else. However, the main point, is that the Chrisleys would like for you to respect their privacy and not approach their children. Also, Todd recognizes that part of the problem is that they’ve never said no to someone that’s come to them asking for a photograph. “We need to have respectful boundaries. That means that our home is off-limits,” informs Todd.

How do you feel about Todd Chrisley’s thoughts on the pros and cons of being famous? Let us know in the comment section below. Come back to TV Shows Ace for more Chrisley Knows Best news.