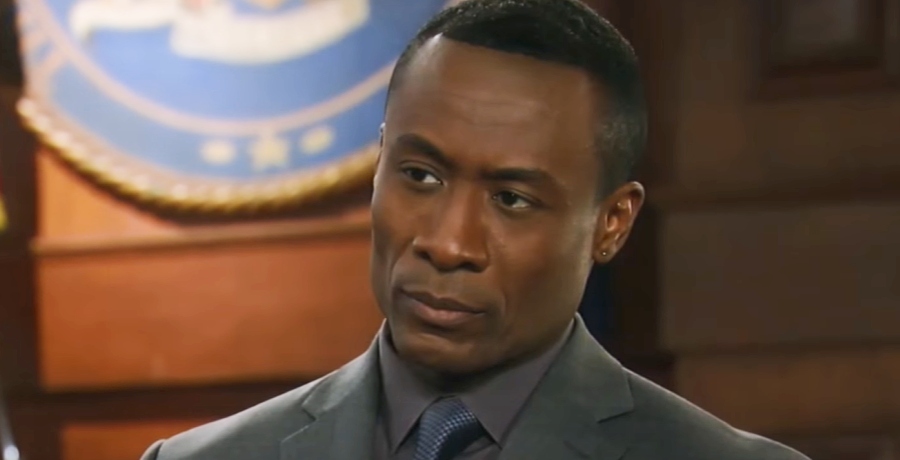 Things are about to get more complicated in Port Charles! Fan-favorite Sean Blakemore is returning to GH in his Emmy-winning role of Shawn Butler. What do we know about the shocking casting news?

It’s no joke! On April 1st, Soap Opera Digest broke the news that Sean Blakemore is heading back to General Hospital. He played Shawn Butler from 2011 to 2016. Shawn was heavily involved with mobsters Jason (Steve Burton) and Sonny (Maurice Benard.)

In 2016, Blakemore won an Emmy in the Outstanding Supporting Actor category.

The actor took to his Instagram to confirm the news. He shared that GH asked him “to come back to play and have a little fun.” His response? “Why not.”

When We Last Shawn, He Was in Prison for a Crime He Didn’t Commit

When the character of Shawn first came on the scene in Port Charles, he was a comforting presence for Molly (Haley Pullos.) However, it was quickly revealed that there was more to Shawn than the residents of P.C. knew. He was hired to kidnap Brenda (Vanessa Marcil,) but when the plot failed, he teamed up with Jason and Sam (Kelly Monaco.)

Through Jason and Sam, Shawn was eventually brought into the fold with Sonny and the mob.

In 2015, Shawn confessed to the murder of Hayden (Rebecca Budig,) though he was innocent. He’s been in Pentonville prison ever since.

Will Shawn be released from prison or will he break out? ABC has yet to reveal any details about the plans for the character.

One thing Shawn won’t be without is possible love interests. He hooked up with multiple women during his time on the show. A brief flirtation with Carly (Laura Wright) didn’t go anywhere at the time, but would she be open to the idea now that Sonny is “dead”?

Shawn also had a romance with Alexis (Nancy Lee Grahn.)

But his focus will likely be on Jordan (Briana Henry.) Shortly before his imprisonment, Shawn found out that he’s the father of Jordan’s son T.J. (Tajh Bellow.)

The storyline ideas for Shawn are endless! What would you like to see happen when Shawn returns to Port Charles after his false imprisonment? Should he try to revive one of his old relationships or look for love somewhere else?

Let us know your thoughts on Shawn’s return in the comments down below. ABC has yet to release an airdate for Sean Blakemore’s return.