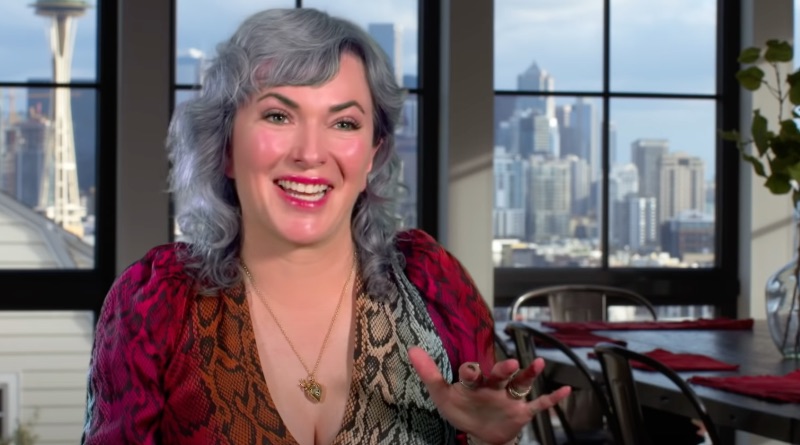 Marrying Millions star Nonie Creme is featured on the currently-airing season of the Lifetime show. In current episodes, she has a much younger lover on her arm. Meanwhile, it looks like she is still close with her former hubby.

Season 2 of Marrying Millions introduces watchers to Nonie Creme. She is a beauty mogul currently dating a much younger man. Reese Record is a skateboarder and musician that’s 17 years Nonie’s junior. Meanwhile, watchers see their story unfold in current episodes of the popular show.

In addition, even though Nonie Creme is the one that’s a successful mogul, Reese’s family has their doubts about whether this relationship is the right one for him. The topic of kids was an early sticking point for the pair – especially considering the age difference for them.

Typically, it’s the rich person’s friends and relatives that have issues with their choice of partners on Marrying Millions. However, in Reese Record’s case with Nonie Creme, she had to impress his family too. Reese carrying on the family name is a big deal for his mother. So there were some hurdles initially for the couple.

Nonie Still Close to Her Ex-Husband

Meanwhile, it looks like Reese Record isn’t the only man Nonie Creme is close to. It turns out she is still cozy with her former husband, Lalo Creme. Nonie and her ex were a married couple for 22 years. Even though she moved on from that relationship and is with another man, the former lovers are still on good terms.

On top of their former spark as a couple, Nonie Creme and her ex-husband collaborated professionally. Marrying Millions watchers may think that Nonie’s ex and her current flame are completely different. But they have a lot in common – beyond their attraction to Nonie. It turns out, Nonie Creme’s ex-husband also loves to skate.

One of the big questions for each of the Marrying Millions couples is whether they last for the long haul. Particularly with this show, it’s a hit or miss when it comes to whether or not couples keep the spark alive. Things like wealth inequality and different lifestyles play a big role in the Lifetime program.

With the recent Marrying Millions season finale, Reese really stepped up. In doing so, he showed Nonie Creme how serious he is about their relationship – as well as their future together. Moreover, he sealed his promise with a ring he found for her at a pawn shop. In addition, even though it wasn’t an expensive ring, Nonie Creme was blown away. So even though she is on good terms with her former hubby, it’s clear that Reese Record is the guy for her.