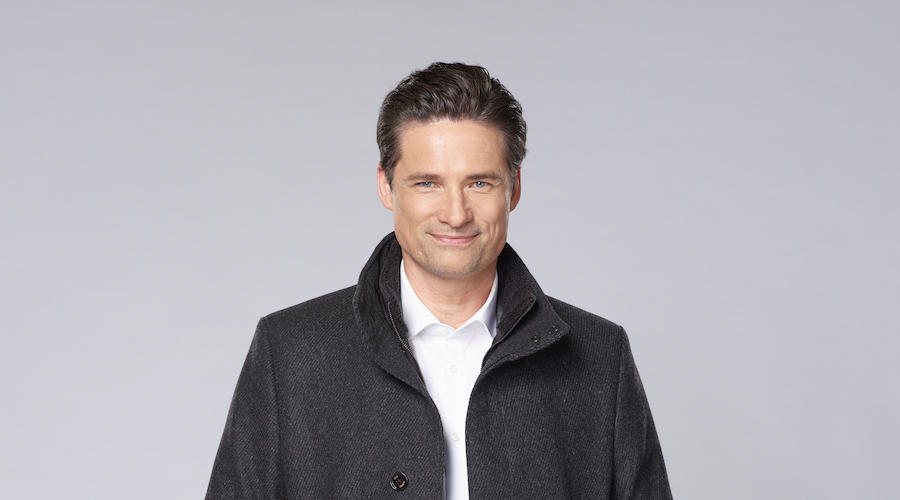 Are you ready for more of Lifetime’s Ripped From The Headlines thrillers? Get ready! Lifetime Kicks Off their first annual, Summer Of Secrets with six new movies. They are all inspired by true stories. These are all stories of secrecy and deception. Best of all,  these six movies feature all-stars.

According to The Futon Critic, Lifetime’s Gone Mom is based on a true story. This is the story of Jennifer Dulos (Annabeth Gish), the wealthy, Connecticut mother-of-five who mysteriously vanished on May 24, 2019. Jennifer believed she had found her Prince Charming in Fotis Dulos (Warren Christie). Unfortunately, by the time of her disappearance, their marriage had all but disintegrated. They also were battling a heated custody dispute.

After she dropped off their children at school, she was gone. She disappeared without a trace. However, police turned the spotlight on Fotis. He claimed Jennifer staged her disappearance. Fotis said it was like the film, Gone Girl. Despite his assertions, investigators charged Fotis with murder in January 2020. However,  a few  weeks later, Fotis committed suicide. Even to his death, he claimed he was innocent. Jennifer’s body has still not been found.

After a bitter breakup leaves her and her young children without any support, Anna (Jana Kramer) goes to work for her cousin at a massage parlor known for “happy endings.” As soon as she learns the ropes, Anna branches out on her own. Soon, she establishes a high-end New York escort service that matches beautiful young women with the wealthiest and most powerful men in the city.

For years, she operates undetected. Moreover, she now has made millions. But she has done this in secret. Her children and the other moms in her Westchester suburb have no clue about her secret life. But when the FBI begins to investigate her because they are hoping to catch a big fish among her elite clientele. Quickly, Anna’s days as a madam are numbered when her double life is revealed with devastating consequences.

In 2006, after a brutal attack, 17-year-old Ashley Reeves (Anwen O’Driscoll) is left for dead in the woods. After spending 30 horrific hours in the cold, gravely wounded, lying in the dirt, and paralyzed, the police find her alive. Her injuries are so severe that she must re-learn how to walk and talk.

With no memory of what happened, she begins a long and painful recovery. Meanwhile, she starts to search her shattered memory to unlock the mystery of who did this to her. This Lifetime Ripped From The Headlines movie is based on the extraordinary true story of an ordinary teenage girl who had to fight for her life. She had to fight three times; first in the woods, then in the hospital, and finally in court. Jennie Garth stars as Ashley’s mother, Michelle Reeves.

Left For Dead: The Ashley Reeves Story premieres on Saturday, June 12 at 8 p.m. Eastern, on Lifetime.

Based on a true story, multimillionaire Steven Beard (Eli Gabay), a retired broadcasting executive, fell hard for Celeste (Julie Benz). She is an attractive waitress who served him his nightly cocktail at the local country club in Austin, Texas.

In 1995, the 70-year-old widow married Celeste. She was the mother of teenage daughters whose life was about to change. Steven generously gave Celeste homes, cars, and more jewelry and designer clothes than she could ever wear.

However, it wasn’t enough for Celeste. Celeste met and seduced fellow patient Tracey Tarlton (Justine Warrington) when she was admitted into a mental health facility for depression. Celeste has convinced her that the only way they could be together would be to murder Steven. That is because Celeste understands that when Steven dies, she will inherit millions of dollars.

Eventually, Tracey reveals the depth of Celeste’s lies and betrayal.

Secrets Of A Gold Digger Killer premieres on Sunday, June 13 at 8 p.m. Eastern, on Lifetime.

Lifetime’s Secrets Of A Marine’s Wife

Lifetime’s Secrets of a Marine’s Wife is based on the true story of 19-year-old Erin Corwin (Sadie Calvano). Erin was the wife of U.S. Marine Corporal named Jon Corwin (Evan Roderick). Moreover, she was pregnant with their first child. However, Erin was suddenly missing.

Erin’s disappearance sparked a grueling search led by family, friends, and local law enforcement in the extreme conditions of the Joshua Tree National Park until her body was found two months later at the bottom of an abandoned mineshaft.

Suspicions mounted quickly in the tight-knit Marine community, and residents began to wonder if the killer was one of their own. In their investigation, detectives uncover a friendship turned an illicit relationship between Erin and her neighbor, Marine Christopher Lee (Andre Anthony), which consumed them both and called into question the paternity of Erin’s baby. Was this a motive for murder? Who was responsible? Investigators work to discover answers to these questions and to unmask who killed Erin Corwin.

Catch the premiere of Secrets Of A Marine’s Wife on Saturday, June 19 at 8 p.m. Eastern, on Lifetime.