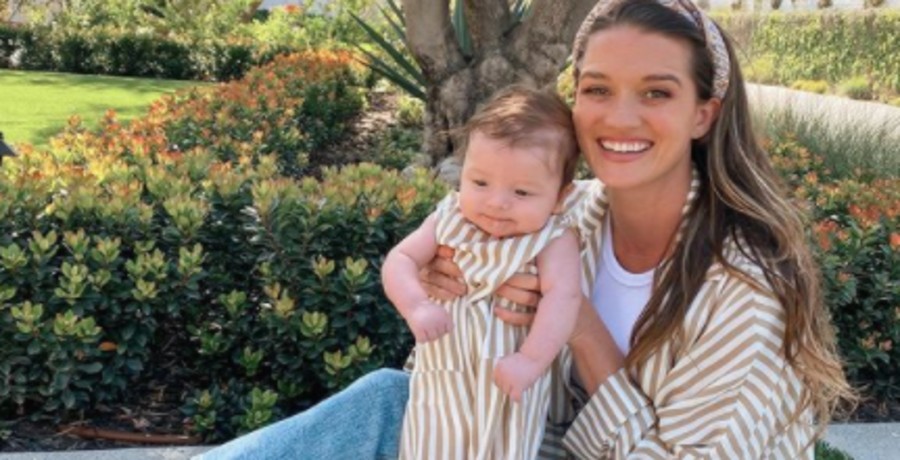 Jade Roper and Tanner Tolbert enjoyed a fairy tale romance on Bachelor in Paradise and never looked back. Before that, she was a contestant on Chris Soules season of The Bachelor. Jade made it to hometowns, but there was one thing she shares with Chris there she wishes she’d handled better.

Jade revealed her shots from Playboy and Soules sent her home. Now reflecting on her time, she wishes she’d owned it a little more. Roper says she should have been proud of them and not shamed. Roper is glad things turned the way they did because she met her husband. She did have high hopes for Chris and his winner, Whitney Bischoff. She said, “I was sad for Whitney when they broke up because I know how much she really loved him.”

Jade Roper Said She Should Have Felt Empowered

Jade Roper recently shared a picture of herself in a large diaper nursing her youngest child. Tanner jokingly said, “I tried to get her to caption this… “ I am the diaper genie “ but she said no.” One fan said, “more of this! Thank you for posting these raw and beautiful moments.” Other fans echoed the same sentiment appreciating the real picture.

She is very open with her life and doesn’t mind showing her body no matter the state it’s in. Talking to US Weekly’s Here For The Right Reasons’ Podcast, she said, the producers wanted her to bring up the shoot.

She said, “I never felt pressured to do anything, but I did know it was something they wanted me to bring up.” Jade went on saying, “I think I always kind of had that idea, like, that dread in the back of my mind of when that moment was going to happen.” She expressed if she would have said no, the producers wouldn’t have made her. At the time she shared she felt shamed for it. She should have felt empowered and owned it.

Jade Roper also talked about how she doesn’t get to watch the show as much now. She’s busy with her and Tanner’s three kids; Reed who is four months, Brooks, who is nineteen months, and Emerson who is three. She shared she would love a fourth, but then she thinks maybe not. Roper will be on the Tommee Tippee Spill the Milk series on April 8th according to US Weekly.

Jade shared on Instagram, “this is your reminder to take that deep, relaxing belly breath and that there’s still time to be present today.” She went on to say it’s important for moms to share their experiences with each other. What do you think about Jade’s reveal she should have been more empowered? Comment with your thoughts below.