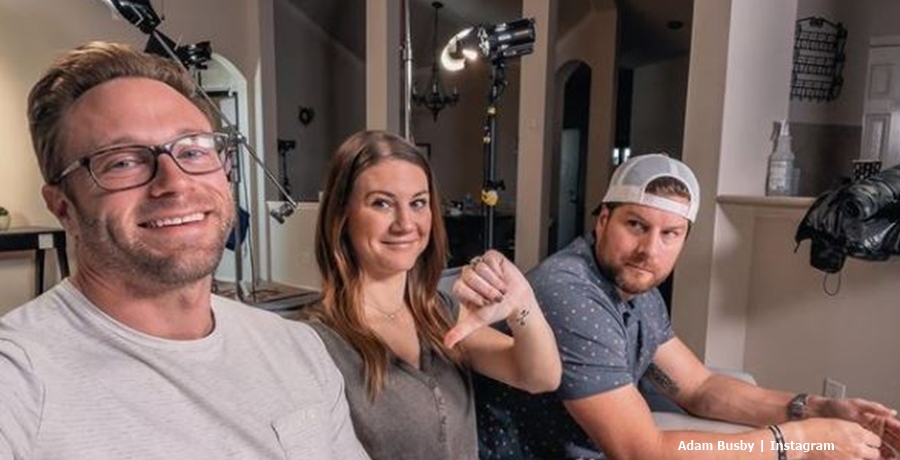 Dale Mills, OutDaughtered fan-favorite uncle on TLC worried fans a lot when he fell sick with COVID-19. However, he sounds fully recovered now. So, he’s back to his old fun-filled ways and back at teasing his brother-in-law, Adam Busby. Poking fun at people seems like one of his favorite things in life. Certainly, fans don’t mind as he always makes people laugh.

When fans heard that Dale fell ill after the quints stayed over, fans stressed. Naturally, they worried about Danielle, already suffering health issues. Well, it looked like his illness wasn’t all that severe as he soon tested clear and joined the family on a break. Mind you, fans noticed that Danielle really stressed about it at the time. Recall, Aunt Kiki and her husband only found out when the family all met at his place. As far as TLC fans know, the whole family seems fine and nobody else went down with the virus.

In his own way, Dale Mills became something of a star on OutDaughtered. Although the show focuses on Danielle, Adam Busby, the quints, and Blayke, he stole his way into the hearts of fans. Recall, when the quints, Riley, Ava, Olivia, Hazel, and Parker were babies, fans saw him helping out with the kids. Married to Danielle’s sister, Kiki, he also brings his kids into the popular show. So, fans who adore Busbys also learned to love Dale. In fact, many people feel that he brings a lot of laughs to an otherwise stressful situation. After all, six active kids really wear on Danielle’s nerves sometimes.

Adam Busby the target of his brother-in-law’s humor

On April Fool’s Day, Dale Mills spotted the OutDaughtered dad’s post on Instagram. The photo revealed Adam sitting in his truck. One fan described it as a “lifted beast of a truck.” Actually, it’s way too high to fit in the garage. However, fans and Dale focused on his clothing. Ripped jeans caught the attention of fans, along with his pink, white and blue Kyk World sneakers. Adam wore a hoodie and said, “Dang! I thought Texas was done with hoodie weather… today was Beautiful!”

Well, Dale Mills of OutDaughtered always pokes fun at Adam and Danielle Busby. However, he spotted the sneakers and said he likes them. However, some fans thought Adam looked silly in his tight ripped jeans. A few of them told the OutDaughtered dad that he’s “too old” for them. Clearly, Dale also thought they looked a bit tight. So, he poked fun at Adam Busby. In the comments, he said, “Didi (Danielle) needs her jeans back…” Fans giggled as Dale tells it like it is but in a funny way. So, one said, “whew the shade Uncle Dale!😂”

Meanwhile, Adam Busby didn’t reply. Possibly, he didn’t think his expensive jeans deserved to be made fun of by Dale Mills, OutDaughtered funny-man.

Remember to check back with us often for more stories about the OutDaughtered family.