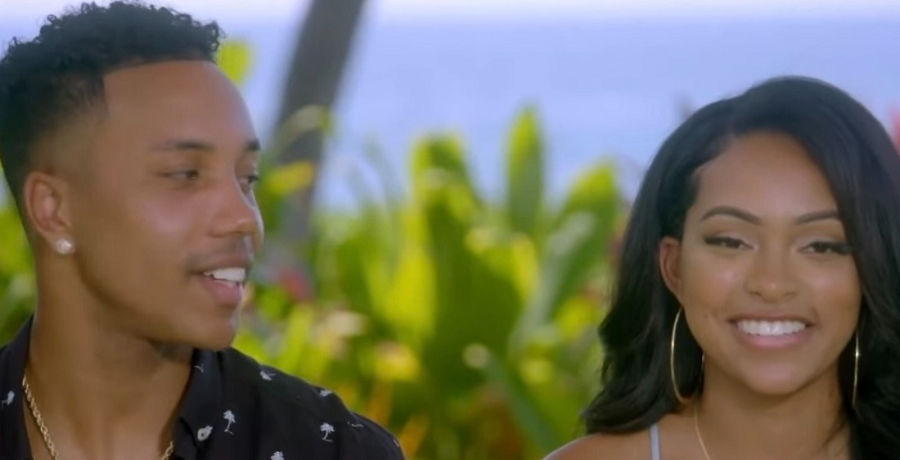 Temptation Island star Kendal Kirkland claims there are “no rules” in his relationship with Erica Washington upon entering the island. He did whatever he pleased. He even had a tryst with two women, even if it broke Erica’s heart. Kendal quickly became the most-hated person on the show.

Fans are hoping that Erica will leave him behind. In previous episodes, she made it clear that she wants to move on as she focuses on herself. However, recent spoilers show that she’s been dropping hints on social about returning to Kendal. Fans are disappointed to see her response to the reaction of his behavior.

Did Erica take Kendal back?

Kendal seems confident about his relationship with Erica. On Tuesday night’s episode of Temptation Island, he thinks they’ll leave the show together after their final bonfire. That episode also included the highly-anticipated box message. In his 30-second message, Kendal told Erica that he still loves her and wants them to leave together despite his actions.

To his surprise, Erica didn’t have a message waiting for him. He was dumbfounded and confused. Erica made it clear in her confessional that she has nothing to say to him. She doesn’t understand why he gave her that message when he’s been sleeping with another single at the villa.

Since leaving the show, Erica’s tune has changed. None of the couples are allowed to share the current status of their relationship. But some Temptation Island fans think they’re still together. Erica continues to drop hints about their relationship on social media.

According to the Reddit forum, she posted a photo that featured a fresh tattoo. The 24-year-old had the letter “K” with a crown tatted on the inside of her bicep. Fans assumed she got the tattoo as a tribute to her boyfriend. One fan commented: “She took him back, what a sad girl. I guess she likes sharing.”

Erica responded: “boohoo. Bye,” as if she didn’t care. It’s likely that the two are still together.

It’s unclear whether the Temptation Island couple is still together. Erica has denied dating Kendal in another Instagram comment. However, this latest comment looks as if Erica is defending her man. Understandably, fans on Reddit are disappointed in Erica, especially since Kendal cheated on her several times on national TV.

The couple made their debut during the Season 3 premiere. They wanted to put their relationship to the test. Kendal revealed that he loved Erica’s charisma while he loved her dedication to building a future together. According to him, he wanted a wife who portrays “excellence” and matches his goals.

As for Erica, she wants him to know that her love is enough. Kendal is hoping their experience will prove if Erica is the one he wants to settle down with or if he’s just being too “critical” of her. Fans won’t find out if they’re still together until the season finale. Temptation Island airs Tuesdays at 10 p.m. ET on USA Network.