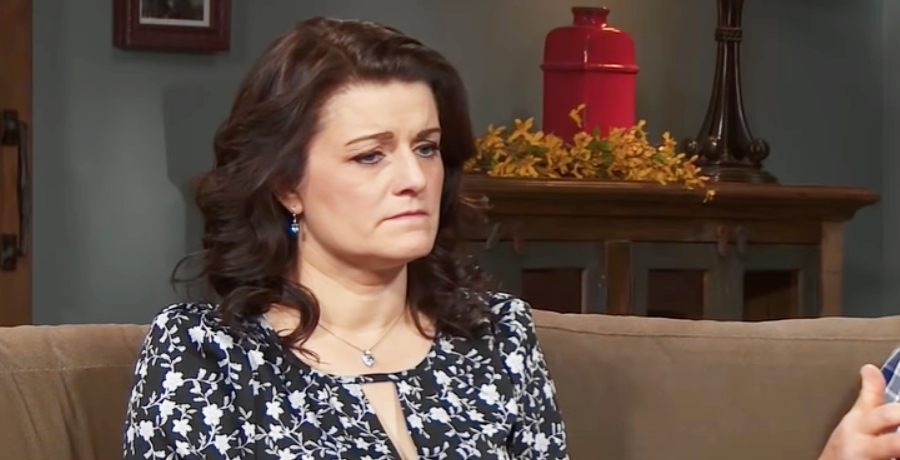 While Sister Wives Robyn Brown may not be as active on Instagram as Meri, Janelle, and Christine, fans can catch up with her regularly on Twitter. Usually, Kody, Meri, Janelle, and Robyn tweet along with the most recent episode of the show while it is airing. In a recent tweet, Robyn shares how she tried to make birthdays special for the younger kids during quarantine. However, one fan posts a concerning comment. Keep reading to find out if anything is wrong with Robyn.

Notably, this isn’t the first time someone points something out about Sister Wives Robyn Brown’s health. In September 2019, concerns arise that Robyn may be pregnant or sick. Part of the speculation comes from the fact that Robyn doesn’t regularly post on social media like the other sister wives.

Next, there are concerns about a health issue. Media outlets mention that she’s gained a lot of what and has some “breathing issues.” One of the Brown children, Aspyn, confirms that Robyn is sick. When she graduates she comments that Robyn “was really sad to miss it but woke up feeling terrible. She celebrated with all of us later.”

Sadly, that isn’t the last of the health concerns that fans have for Robyn Brown. In the reply portion of one of her recent tweets, a viewer shares some alarming observations about Robyn. The comment is very personable and goes as follows. “Hey Robin [sic], I was worried about your thyroid… have you seen a doctor? Your neck looks swollen to me Idk if anyone else has said something about it to you? Please get it checked sweetie,” urges the fan. Unfortunately, no one responds to this well-meaning fan.

Hey Robin, I was worried about your thyroid.. have you seen a doctor? Your neck looks swollen to me Idk if anyone else has said something about it to you? Please get it checked sweetie ❤️

However, this sort of observation made by a reality television fan isn’t an uncommon occurrence. In 2015, Today reports about how a fan alerts HGTV’s Flip or Flop Tarek El Moussa to his thyroid cancer. Notably, the incident came in 2013. While watching a marathon of Flip or Flop, registered nurse, Ryan Read “spotted a lump on Tarek’s neck and contacted the show’s producers to suggest he get it checked out.

In an interview with Today, Reade shares how the revelation came about. “I noticed that at certain angles, at certain times, it just caught my eye that Tarek had a lump on his throat, and I thought it was something that needed to be brought to his attention.” Good thing for Reade’s eagle eye because the lump ends up being Stage-2 thyroid cancer.

Do you think Sister Wives Robyn Brown is sick? Let us know your thoughts in the comment section below. Come back to TV Shows Ace for more Sister Wives news.