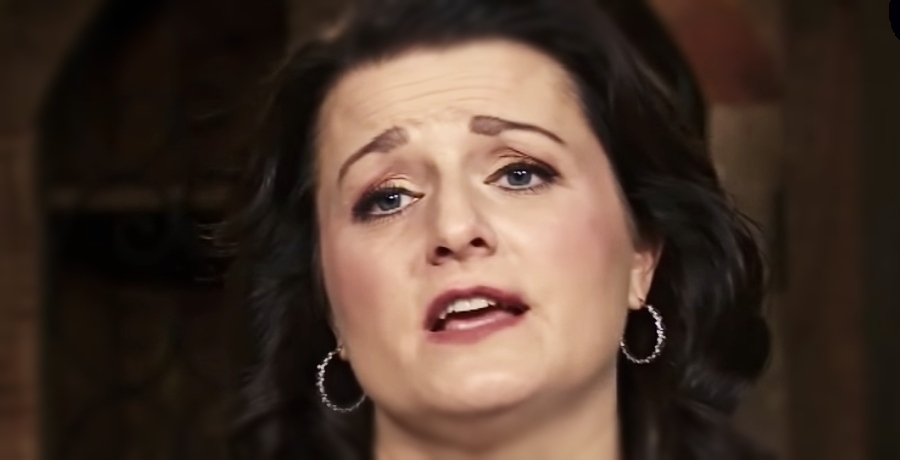 Sister Wives Robyn Brown gives an interview with US Weekly. Undoubtedly, this is going to be an emotional interview. True to her fan-given nickname, Sobbyn Robin is already crying. Like several of the other interviews, US Weekly conducts with the Sister Wives the topic of conversation begins with the drama between Kody and Meri Brown.

Robyn Brown gives her thoughts on the Meri catfish scandal

To begin the interview, Christina Garibaldi asks for Robyn’s thoughts on the Meri catfish scandal. Robyn doesn’t hesitate to share that she “saw a significant change” and it “was difficult to watch.” However, she doesn’t know if it really “affected anyone else’s relationship with Kody.” Additionally, she shares that Kody was “going through a rough time.”

Interestingly enough, it doesn’t seem like Robyn’s relationship was affected in the way that most people would think. “What was hard for me was Meri was no longer reachable for me,” shares Robyn. She reiterates that’s what was hard for her. Despite what Sister Wives viewers think, Robyn says, “Meri and I were always very close.”

Is Meri on the mend?

However, it seems like things are on the mend for Robyn and Meri Brown. Robyn shares that its “taken a couple of years for Meri to feel safe around [her] again.” Notably, from the sounds of it, this isn’t because of anything that Robyn did. Robyn explains that “Meri was just in a really dark place.” Additionally, Robyn wasn’t the only relationship with Meri that suffered. “She blocked a lot of people out,” says Robyn. Ultimately, Robyn “appreciates that [Meri] is able to be open with her again.”

Robyn is supportive of Kody and Meri

When it comes to Kody and Meri’s relationship, Robyn says, “I do whatever I can to be supportive of healing that relationship.” Garibaldi brings up how it seems like Meri is fighting for the relationship in the upcoming episode of Sister Wives. Robyn’s response is heartwarming. She says, “I believe that miracles can happen in relationships.” However, she also says that “you can fix anything in a relationship that’s broken if you try hard enough.”

Are you shocked to learn that Robyn Brown was most concerned about her relationship with Meri during the catfish scandal? Let us know your thoughts in the comment section below. Come back to TV Shows Ace for more Sister Wives news.