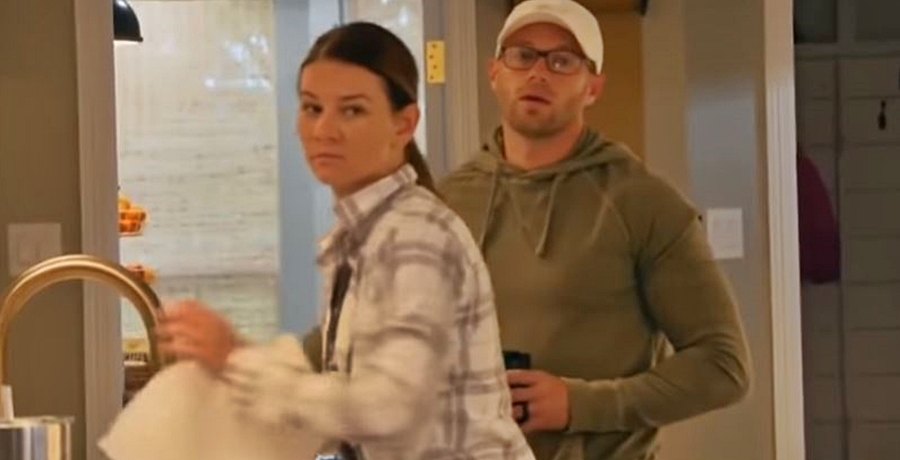 OutDaughtered Adam Busby and Danielle both talked about how the quints seem wilder and rambunctious. That came in Episode 6 on TLC. Fans previously saw the quints acting out in Season 8. Clearly, the kids overstep boundaries with their parents. So, life becomes very stressful for Danielle. Already stressed, Adam pushed for all the kids to go along when they took Hazel for her eye-doctor appointment. So, fans slammed Adam for stressing his wife out even more.

TLC fans noticed that the kids seemed out of control with Uncle Dale Mills. Admittedly, he plays a lot of pranks and jokes with them. However, this season, when the quints stayed over they seemed really undisciplined. That came when Adam and Danielle arranged for Blayke’s sleepover over at their place. So, the quints went for their own sleepover with their aunt and uncle. Actually, fans see less cuteness and a lot of fighting, crying, and testing of limits with the five-year-old quints.

OutDaughtered dad, Adam Busby knows the kid act out a lot. Even breakfast becomes a nightmare for Danielle as they squabble, smack each other, and refuse their bananas. Even catching up with Dale and Kiki for a meal brings crying, shouting, wailing, and drinks flying all over the table. Danielle seems stressed beyond belief. So later, TLC fans saw her go outside for some alone time. That’s when Adam, who knows his wife suffers from ill-health missed the point.

The trip to San Antonio

OutDaughtered Adam Busby pushed for all the kids to travel with them to San Antonio when Danielle planned a trip for Hazel to the eye doctor. Initially, she planned a quick trip to Austin. The San Antonio suggestion came from Uncle Dale and he talked about ziplining and fun. In front of the kids, obviously, they liked the idea. Meanwhile, Danielle seemed reluctant. After all, the kids seem really wild. Nevertheless, Adam insisted and he got his way. You can see in the screenshot below, how Danielle felt when he dismissed all her stress by suggesting romping in bed would fix it all.

OutDaughtered Adam Busby seems selfish, fans agree. After all, as expected, the kids fought cried, squabbled, made spam phone calls, and jumped on the beds in the hotel. Once again, they drove Danielle crazy. And she seems to feel guilty. Meanwhile, TLC fans think that she seems depressed or plain overwhelmed.

I could never ever do what Danielle does. She needs to stop being so hard on herself. How the hell can you Not yell especially when you have 5 wildlings running around all day. It's not possible. That takes super patience. I could never do it. Hat's off to them. #Outdaughtered

Some fans slammed Adam for acting selfishly. After all, the San Antonio trip only stressed his wife out even more.

I CANNOT believe Adam's suggestion for Danielle being stressed with the kids, is to all go on a damn trip together….. #OutDAUGHTERED #busby #TLC

How does Danielle cope with all the stress from the kids?

OutDaughtered‘s Adam Busby seems incredibly shortsighted, fans think. In fact, ET Online discussed her stress levels with Danielle. On March 30, they reported that Danielle knows she has a problem. She told them, “It [goes] off in waves.” Additionally, she mentioned, “You can get stressed out real easily in this house.” So, she focuses on her “fitness.” Danielle noted, it becomes “a mental blocker for me.” She thinks it helps as she can zone out and stuff.” Also, she takes some comfort from her “spirituality.”

What do you think about OutDaughtered when Adam Busby seemed so selfish that he stressed Danielle out even more? After all, surely he knows the kids drive her crazy. Actually, the quints often fight and make for tense moments. Or, they become over-excited and misbehave. Plus, Adam knows his wife stresses about her health issues. Sound off your thoughts in the comments below.

Kaitlyn Bristowe Is ‘Lonely, Emotional’ & Here’s Why
Dogs Only? Adam Busby Reveals Why His Girls Don’t Have A Cat
‘Love Island USA’: What To Know About Casa Amor, Including Air Date
Todd Chrisley Slides Into Chase’s Girlfriend Emmy Medders’ DMs
Shirtless Garrick Merrifield Flaunts What He’s Got Amid The Hate