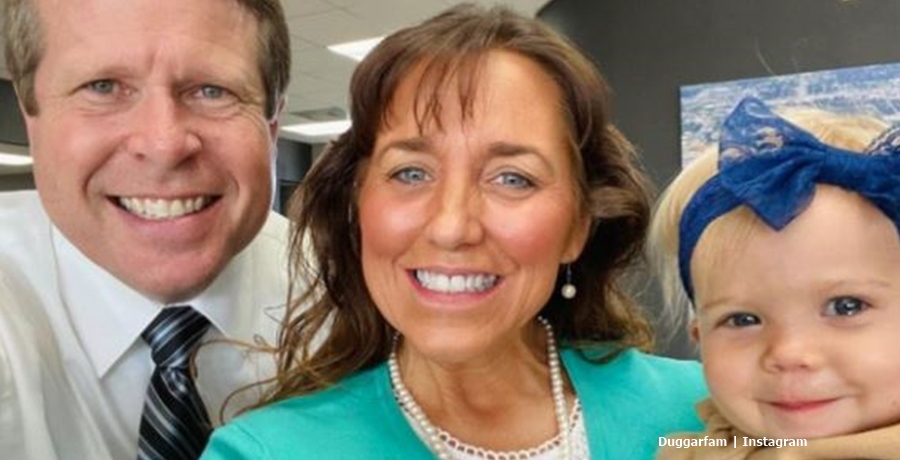 Michelle Duggar COVID-19 rumors rush around social media after it emerged that she and Jim Bob probably had the virus. Recently, fans noticed that the Counting On mom of many kids l0oked totally different. In fact, some TLC fans stressed about her, as they noticed her rather gaunt appearance. Of course, critics complain that the Duggar family holds super-spreader functions. Additionally, they know that Joy-Anna and the Bates family got sick.

We reported that many Counting On critics complained about the family and COVID-19. The TLC cast seemingly disregard all regulations and recommendations about the coronavirus. As far back as April last year, news emerged that many people in the family attended church services instead of going virtual. As time went by, the family certainly seemed less interested in taking any safeguards.

Later, The Ashley’s Reality Roundup reported that fans slammed the family for throwing “super-spreader” events. Back in December, the outlet noticed that fans grew angry. It came after friends and family all got together for a party. Worse, nobody apparently bothered about masks or social distancing. Sooner or later, somebody would probably fall sick. And previously, Joy-Anna already contracted it.

Michelle Duggar looked terrible and COVID-19 might lie at the root of it. We reported that a recent photo of Michelle revealed that “she changed quite a bit.” Her gaunt appearance made some fans feared for her health. Meanwhile, others thought that perhaps the Counting On star recently underwent “plastic surgery.” Or, that she suffered from an eating disorder flare-up. Surprisingly, few fans commented that they suspected she suffered from coronavirus.

Katie Joy of Without A Crystal Ball cited an unnamed source. They alleged that Jim Bob hosted an event despite him not feeling well. Michelle Duggar, a possible COVID-19 victim, might have fallen sick around the same time.  According to Katie Joy, her source talked about an event at the big house in September. Although feeling ill, Jim Bob allegedly went ahead, and later, he apparently got quite sick from the virus.

Furthermore, the source alleges that later, friends who attended also got sick. And “weeks” after that, they found out that Jim Bob fell ill. Michelle Duggar’s COVID-19 allegedly followed Jim Bob’s. Additionally, the source claimed that practically “the whole family” went down with it. Nevertheless, Katie Joy seems careful to advise her YouTube followers that there’s no way she can confirm with the family if this actually happened. So for now, it technically remains a rumor.

Actually, the way Michelle Duggar looks so gaunt these days, COVID-19 seems like a strong possibility. Do you agree? Sound off your thoughts in the comments below.