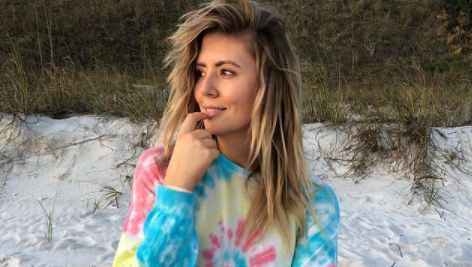 Danielle Maltby had to reveal a lot about herself on her one-on-one with The Bachelor Nick Viall. She had to tell him, she was engaged before and her fiance overdosed and passed away. She shared she was the one who found him. Fans found it interesting his name also was Nick and he lived in the same place Viall grew up in. After not finding love with Nick, Danielle tried Paradise on in Season 4. She didn’t connect with any of the contestants but spent a lot of time talking to her friend Wells, the bartender.

The biggest great moment of that season was when she decided to leave BIP and Wells Adams followed her to make out with her before she left. He was just the bartender, and not supposed to be on the menu. It was a great moment for fans who shipped it hard.

It’s Been Ten Years Since Her Fiance Passed

Danielle Matlby marked the anniversary of his passing revealing it’s been ten years. Danielle shared she went down to the beach and cried for what she at first thought was no reason. The gravity of time passing and all the things she had done caught up with her.

Then she realized so much had changed for her in ten years. She’d done some great things and those things couldn’t have happened if her life didn’t turn out the way it had. After that, she said survivor’s guilt weaseled its way in.

One fan said, “So proud of how strong you are!! Thinking of you and sending you lots of hugs.”

She also shared an uplifting message of self-love. After posting pictures like the one above in a bikini and asking a friend if she looked fat.

She said, “I’ve never weighed more in my life. I’ve also never been happier even though none of my goal weight clothes fit, but again, I survived and my body kept me safe during a global pandemic.”

She went on to say she chose happiness over obsessing about how she looks and encourages others to do the same.

Danielle Maltby Speaks For Those Who’ve Lost Someone

Danielle Maltby said, “to anyone who has lost someone is working on getting through that time- it’s ok to be happy again. It’s ok to laugh even if it makes you feel like crap at first.” She went on to say it’s also okay to scream and cry when you need to.

One fan said, “Appreciate you for sharing this. Sending love your way.” Another said, “grief might just be our love without its place to go!”

What did you think about Wells and Dani’s kiss on Bachelor in Paradise? Who do you think would be good for her now? Comment with your thoughts down below.

Olivia Plath Opens Up About Family Conflict: ‘I Did Everything I Could’
Exclusive: Elaine Culotti Comes Out In Emotional Reveal on ‘Undercover Billionaire’
Colton Underwood DRAGGED For Coming Out & Here’s Why
‘Bringing Up Bates’ Episode 3 Preview: Nathan Has A ‘Fire Burning’
’90 Day Fiance’s’ Loren & Alexei Brovarnik’s Son Shai Turns One – See Pic