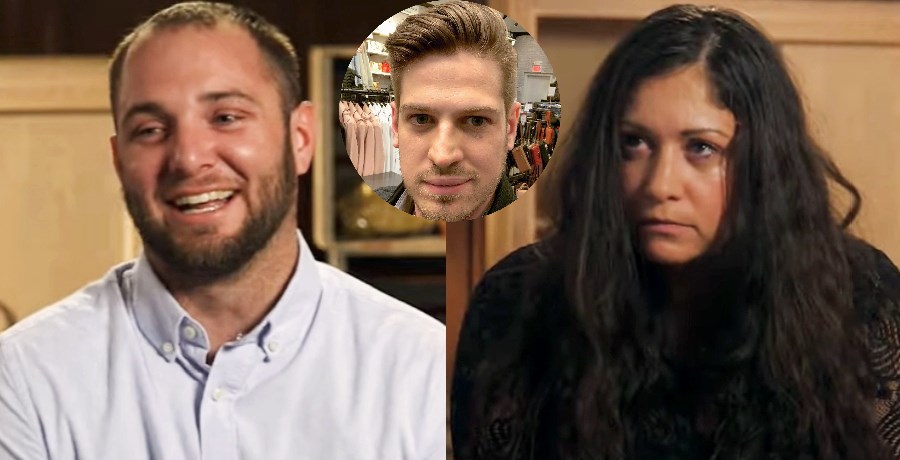 Return to Amish alum Matt Bristol showed up as a surprise guest at Sabrina Burkholder’s baby shower on the most recently aired episode. Almost immediately after his entrance, the atmosphere at the party changed. It got weird and awkward fast.

Matt Bristol is definitely one of the most colorful cast members of the franchise. He and Sabrina share a past, and from the looks of things, there are even more juicy secrets this former Mennonite has that could potentially implode Sabrina and her boyfriend Jethro Nolt’s future.

Return to Amish star Sabrina Burkholder was once romantically involved with Matt Bristol. Both shared a past as part of the Mennonite community. When we first met Matt, he and Sabrina were a very serious couple who even talked about getting married. However, Matt came out to Sabrina as gay. Sabrina took the news as well as could be expected. She was supportive of Matt and his sexuality.

Matt moved to Los Angeles and started his career as a fashion designer for his own brand Anson Bristol. Certainly, he was building a life for himself away from his Mennonite roots. He and Sabrina were not in contact. He says he knew of her struggles and was happy to see she turned her life around.

Return to Amish celeb Jeremiah Raber could not control his jubilation when Matt showed up at Sabrina’s baby shower. You can tell Sabrina was not happy. Now, Jeremiah says he knows something about Sabrina and Jethro’s relationship that could alter it forever. Recall Jethro planned to propose to Sabrina at this shower. Matt’s arrival changed the tone of the gathering.

Jeremiah was vague as he talked to the cameras. Certainly, he was enjoying baiting the fans who would watch this later. In the previews for next week, we see Jeremiah pulling Matt aside to chat about the rumors he’s heard. So next week is a must-see episode for Return to Amish fans left with a bit of a cliffhanger situation.

Return to Amish: Did Matt And Jethro Have An Affair?

Things certainly will get awkward for Return to Amish couple Sabrina Burkholder and Jethro Nolt if indeed Matt Bristol and Jethro did have an affair. Recall Sabrina has been in serious relationships with both men. Both men planned to marry her. Now she’s pregnant with her second child with Jethro Nolt. So learning her current boyfriend and her ex-boyfriend also could have been romantically involved is definitely a lot to process.

This season of Return to Amish suggested there be a lot of relationship drama between Sabrina and Jethro. However, no one anticipated  Matt Bristol would figure so prominently.

Watch new episodes of Return to Amish Mondays at 9p on TLC.

Make sure to check TV Shows Ace often for all the latest Return to Amish news, updates, and spoilers.

New Oma Christine Brown Shares Adorable Video Of Granddaughter
‘Boys From County Hell’ on Shudder a Raucous Irish Horror Film, Preview
‘MBFFL’ Star Whitney Way Thore Turns 37 – What Did She Do?
Todd Chrisley Urges Others To Be Kind In The Wake Of Nashville Flooding
‘Sister Wives’ Kody Brown Defends His Anger On Twitter