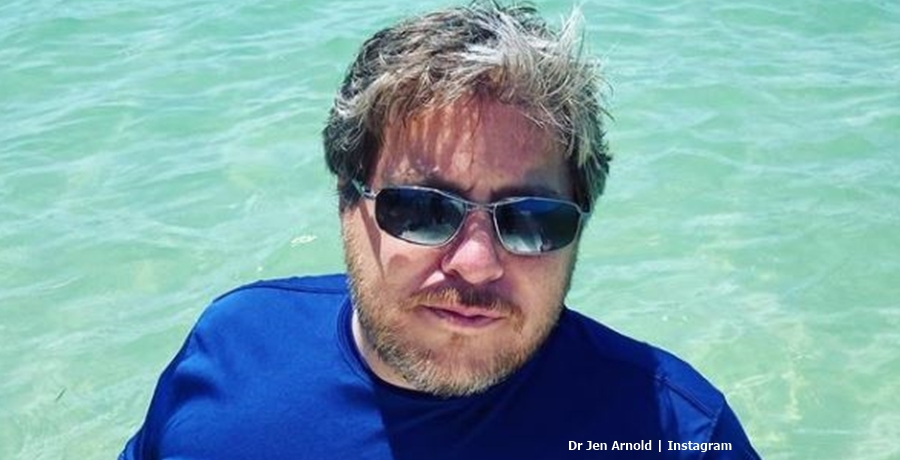 Bill Klein, The Little Couple dad rarely posts on Instagram This year, for example, he’s only posted six times. Actually, most of those came when his wife, Dr. Jen Arnold celebrated her birthday this month. Plus, he shared a few shots of the kids, Will and Zoey. However, he now sounds rather excited about Houston, his old hometown. So, he shared about the city in Texas on March 28.

If you don’t know, Jen and Bill relocated to Florida when she received an offer from the John Hopkins Hospital. Actually, you might recall that in early episodes, Dr. Jen fought her cancer when they lived in Houston. One early episode on TLC revealed they visited a psychic. There, they heard the news that in the future, they’d live in a nice house near the ocean. So these days, they live in a nice house near the sea in St. Petersburg, Florida. The TLC couple seems very happy in their new location. However, their departure from Houston brought a bit of a financial let-down.

Bill Klein, The Little Couple dad, listed the family house in Houston for sale. Unfortunately, it took ages to sell. Eventually, Radar Online reported that they reduced the “price 10 times” before they got a buyer. So, they sold it for way less than they hoped. In fact, they listed it ahead of Hurricane Harvey that caused some damage. Plus, people seem reluctant to buy the property after the storm that caused billions of dollars worth of damage in Houston. Nevertheless, dad Bill seems excited as he flies into Houston after a long absence. So, he mentioned it in one of his rare Instagram posts.

In his latest post, Bill Klein, The Little Couple star shared a photo of himself wearing a well-fitting face-mask. The selfie, taken in an aircraft, came with a caption about Houston. He said that he last visited Houston “over a year ago.” He seemed happy about the opportunity. However, it looks like a business trip rather than a social visit. In his caption, he tagged Rocky and Maggies, their pet supply and grooming store in Houston. Their business is located in Highland Village in Weslayan Street.

So, those TLC fans who asked Bill Klein of The Little Couple why he travels now, have found their answer. Obviously, some fans still worry about travel and the coronavirus. However, his wife, Jen takes it very seriously. In fact so seriously, that sometimes she struggles with critics. Especially, after she shared about getting the vaccine. Bill likely takes a lot of personal care during the pandemic.

Most TLC fans just wished Bill Kein, The Little Couple star, a very “safe trip.” Of course, others asked about a new season of their show. Fans adore Will and Zoey and their parents. So far, though, no renewal date came from the network.

What are your thoughts on flying like Bill did when he visited Houston? Do you think it’s safer these days? Sound off in the comments below.