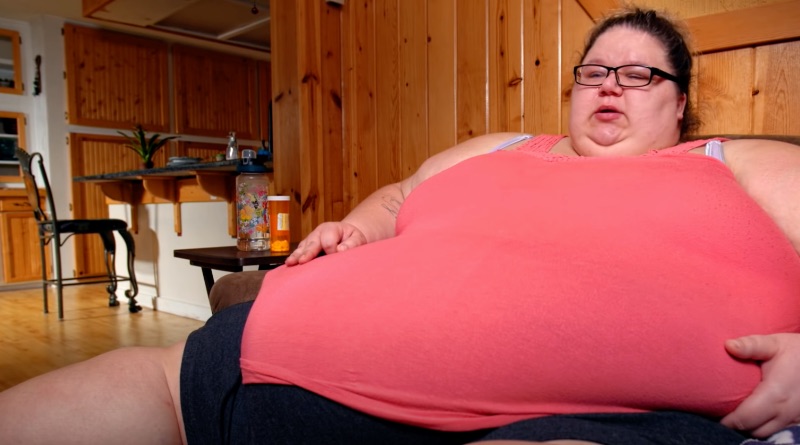 My 600-lb Life cast member Brianne Dias had a tough journey on the TLC show. Like a lot of other stars, she had her reasons for turning to food to cope with life situations. What is she up to since filming wrapped on her episode?

Every My 600-lb Life cast member has their reasons for turning to food to cope with life struggles. In her episode of the TLC show, she said that her early life was relatively normal. In addition, she didn’t struggle with food early on. But that all changed when her mother had two children back to back.

Brianne Dias felt like she was left out. Meanwhile, she felt even less connected to her father – who was gone a lot of the time as a member of the Air Force. Brianne felt like an outsider – and felt like her entire family was against her. Meanwhile, this was when she started putting on weight.

Not an Easy Road for Brianne

By the time Brianne Dias got to Dr Now’s office in Houston on My 600-lb Life, she had clocked in at 742 pounds. So she was well beyond the 600-pound threshold once she got there. Moreover, it was clear when she arrived that she would have to put a lot of work in if she wanted to turn things around and get her life back.

At the time Brianne Dias went to see Dr. Now in Houston, he warned her that she was very close to being bedridden. Meanwhile, at nearly 750 pounds, she would have to do something quickly if she wanted to turn things around and change her life. And as watchers saw, she found a way to do just that on her season of the TLC show.

Going on My 600-lb Life isn’t an automatic recipe for success. Not only do the cast members have to put in the work to change their eating habits and exercise – but they also have to develop new habits to keep the weight off after filming wraps. Meanwhile, it looks like Brianne Dias really turned things around since her TLC episode aired.

Based on the latest updates from the My 600-lb Life cast member, she lives her best life. She often goes out and about for nights on the town. In addition, she shares updates doing a number of fun activities. Dr. Now warned Brianne that she would end up bedridden if she didn’t change her ways. And based on the latest updates, that’s no longer something she has to worry about.

Certainly, she is one of a handful of My 600-lb Life success stories – and she seems to be living her best life ever since she decided to turn things around.