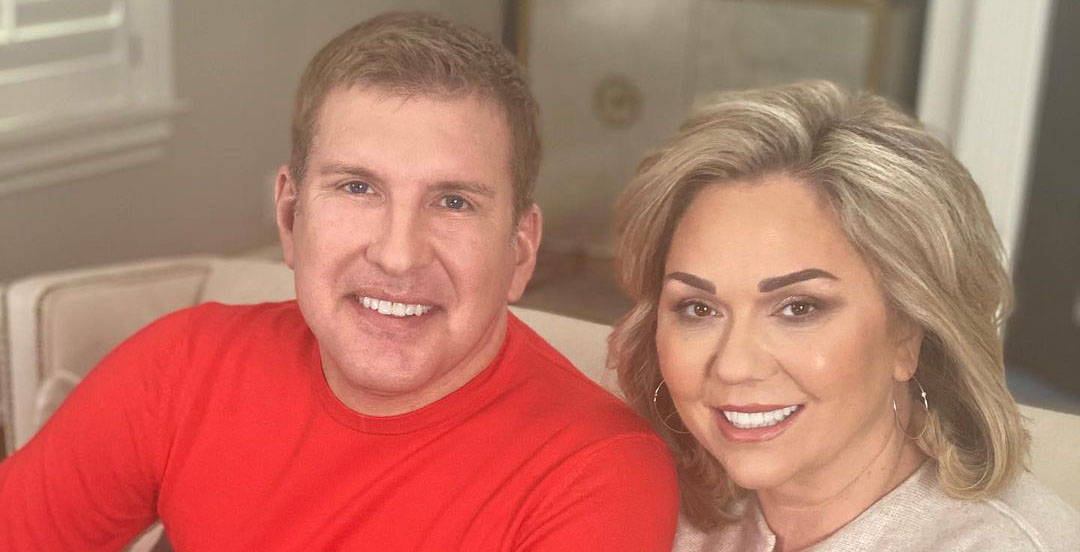 Chrisley Knows Best, Todd and Julie Chrisley get to know their fans weekly on their podcast, Chrisley Confessions. The majority of their recent podcast is them answering fan questions. Chrisley fans are able to call into the podcast and leave a voicemail for Todd and Julie to address. While there are a lot of messages where fans proclaim their love for the reality television family, there are also a great number of messages that ask the Chrisleys for advice. Without a doubt, Todd and Julie Chrisley dole out some heartfelt advice. For example, a fan recently calls in and asks for advice when her son has her blocked.

A distraught mother discusses a tough situation involving her son

The distraught mother explains how her adult son recently moved out. However, it doesn’t seem like moving out is the issue. While the caller’s son moved out without giving her much notice, it’s the things that have happened since that have the caller concerned. She explains that he moved in with someone he met on an Xbox game. Now her son lives four hours away.

The caller also explains that her son came back home for his first Thanksgiving since moving out. She shares that at this time everything seems normal. Her son even helps her decorate for Christmas. The next time the caller hears from her son is when he calls to tell her about a woman he met.

Chrisley Knows Best Todd and Julie Chrisley both seem like this story hurts their heart. Todd says, “Nothing or anything that can hurt you more than a child.”  Unfortunately, Todd’s next bit of advice may be hard to handle. “As long as you know he’s okay, then give him space,” says the father of six.

Notably, it seems like Julie takes the more reasonable thought process when it comes to unpacking this complicated mother-son dynamic. Julie agrees with the distraught mother that the situation is odd. After Julie rehashes the events, Todd agrees that “that’s concerning to [him].”  Julie shares that “Todd goes down the rabbit hole.” She adds that “he watches too much television.”

Todd explains what he would do

Todd goes on to share what he would do if it was his son. He explains that he would have already “stalked him and put eyes on him.” At this point, the Chrisley Knows Best patriarch shares that he’s “hired private investigators to watch Kyle.”  Todd is aware that not everyone has the means to hire a private investigator. So, his suggestion is “get in your car and go find out where your child is.” He further advises to “meet him face to face and ask him ‘why are you doing this to me? What did I do to cause you to worry me so much?’”

The Chrisley’s even suggest that the mother get law enforcement involved. In order to do this, the mother would have to call the local authorities and ask for a welfare check on her son. Todd recounts a time he called the police to do a welfare check on Chase. Luckily, Chase was just sleeping and his phone was dead. Since then, none of the Chrisley children have had a dead phone.

What would you do if you lost all contact with your child? How do you feel about Todd and Julie’s advice? Let us know in the comment section below. Come back to TV Shows Ace for more Chrisley Knows Best news. Check out Chrisley Confessions weekly.