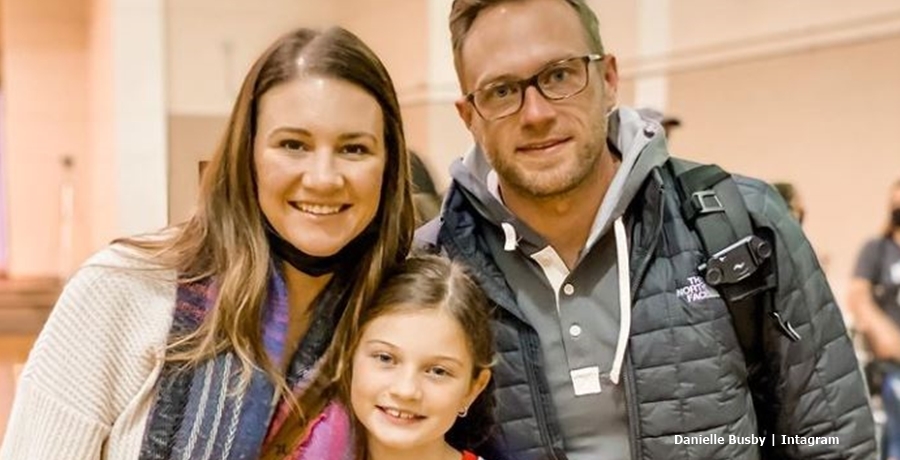 TLC’s OutDaughtered airs the second to last episode of  Season 8 tonight, (March 30). However, hopefully, Adam Busby uploads some content to his YouTube vlog soon, as Blayke celebrates her birthday next week, (April 5). It looks like her mom and dad go all out and make special plans for her celebration this year. Why is that? Could it relate to the fact that her last birthday came during the quarantine? Or is it something else? How old is Blayke in 2021, anyway?

Busby family fans probably feel a bit sad as Season 8 winds down to its conclusion. Actually, the Finale Episode airs the day after Blayke Busby’s birthday this year. However, for Danielle, that might be a bit of a blessing as she makes some special plans for Blayke this year. Recall, last year, Adam and Danielle held a much smaller and private celebration because of the coronavirus. Adam tried his best to make it special, but for a kid, no friends at a birthday’s a bit of a party-pooper.

TLC’s OutDaughtered features Blayke in the Finale and fans see her struggle with her fears. The poor kid faces two teeth being pulled. That’s part of the procedures for fitting her braces. Usually, kids only get braces when they grow up a bit. Certainly, Blayke grows up really fast. Fans who watched Season 8 say they feel old as she’s not a tiny kid anymore. Actually, she grows into a very pretty young lady these days and looks remarkably like her mom.

Blayke Busby Looks Suddenly All Grown Up, Twins With Mom

Blayke’s also a very mature kid and fans also saw her give some advice to her little sister, Riley. That came when her sister confessed she’s afraid of sleeping by herself. Later, Riley said, “I want to be like Blayke when I grow up because she’s brave.”

Why is Blayke’s birthday so special this year?

TLC’s OutDaughtered family always makes the kids’ birthdays special. Plus, the quints’ birthdays come just days after Blayke. So naturally, Adam and Danielle try to make hers special. Last year brought a bit of a downer, so is that why they plan extra-special festivities? Well, partly, that might lie behind it. However, Daneille took to her Instagram on March 28 and explained. It turns out the special plans come because she celebrates a special birthday milestone. How old is Blayke Busby? Actually, she hits the double digits, and on April 5, she turns 10 years old!

TLC’s OutDaughtered fans should expect some photos and clips from her parents. Danielle said, ” I CANT BELIEVE she will be 10yrs old in one week!!! Birthday festivities start this week too! It’s gonna be a good one!!”

Can you believe that little Blaykers hits her double digits already? Sound off in the comments below.