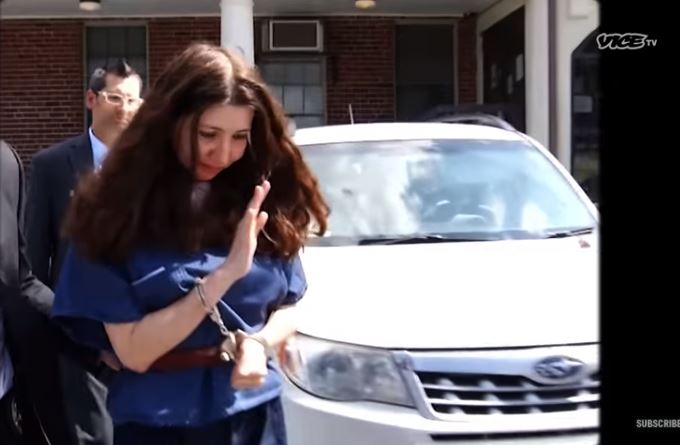 The age of the lunatic cult worshipper seems to be here and now, and VICE TV docuseries The Devil You Know is a no-miss event airing tonight. The leader, Sherry J. Shriner, fostered a diabolical lizard cult.

Not just Q-Anon either, but her own brand of hard-to-fathom made in America crazy cult.

VICE TV examines the rising anti-lizard movement in America in the second season of their six-part documentary series, The Devil You Know.

The Devil You Know

This six-part season is a shocking reveal at the proliferation of online cults in America.

Tonight the investigation of the late cult leader Sherry J. Shriner, and her New Age Alien Agenda is profiled, and how she used YouTube as a breeding ground for a lizard cult.

In this ground-breaking second season, tonight the mysterious murder of Steven Mineo and the suicide of Kelly Pingilley is peeled back in a revealing expose of the “granny from Ohio” turned cult leader Sherry J. Shriner as the link between the two deceased people.

Viewers will get front-row seats to hear exclusive interviews with a convicted killer, ex-cult members, police, grieving friends, investigative journalist Tony Russo, and former YouTube Insider and AI Expert Guillaume Chaslot, as well as commentary on and analysis of cult-leader Sherry J. Shriner’s own words from her radio show and other online programs.

The clip below opens with Barbara Rogers who will face a trial on charges she murdered her boyfriend.

The murder was connected to Sherry Shriner.

Shriner was born and raised in Cleveland, Ohio. Accounts of her life paint a picture of a woman with deep mental illness and on again off again evangelical Christian beliefs.

A bizarre murder in Pennsylvania and a tragic suicide in Detroit are linked to the online cult of Sherry Shriner, who believes that devil-worshipping, shape-shifting reptiles are ushering in a New World Order.

THE DEVIL YOU KNOW. Season 2 premieres Monday at 10p. pic.twitter.com/LbN3IY8r8a

Using YouTube as a platform to spread disinformation, Sherry was an avowed anti-semite who claimed that Satan disguised himself as Jesus and the Pope was an evil suspect as well. She often used photos of celebrities in her propaganda and claimed they wore skin suits.

President Eisenhower in on the Alien Talks

In one of Shriner’s penned books, she claims President Eisenhower was conduction an alien coverup. In the description of her book, Bible Codes Revealed, the ruse went as followed:

Author Sherry Shriner alleges that a cover-up began in 1954, when a race of aliens that had been orbiting the Earth landed at Holloman Air Force Base. Afraid that their planet was dying, the aliens landed a second time at Edwards Air Force Base. Shriner explains that this monumental event had been planned in advance, and, on the appointed day, President Eisenhower was whisked away to the base, under the guise of a visit to a dentist. After President Eisenhower met with the aliens, a formal treaty between the Alien Nation and the United States of America was signed. Has the United States government really been collaborating with aliens for the past sixty years?

This season, The Devil You Know, becomes the first-ever docuseries to investigate cult leader Sherry J. Shriner and her new age alien agenda:

THE DEVIL YOU KNOW will be available across the United States on VICE TV via all major satellite and cable providers; VICETV.com; and the VICE TV app via iOS, Android, Apple TV, and Chromecast.