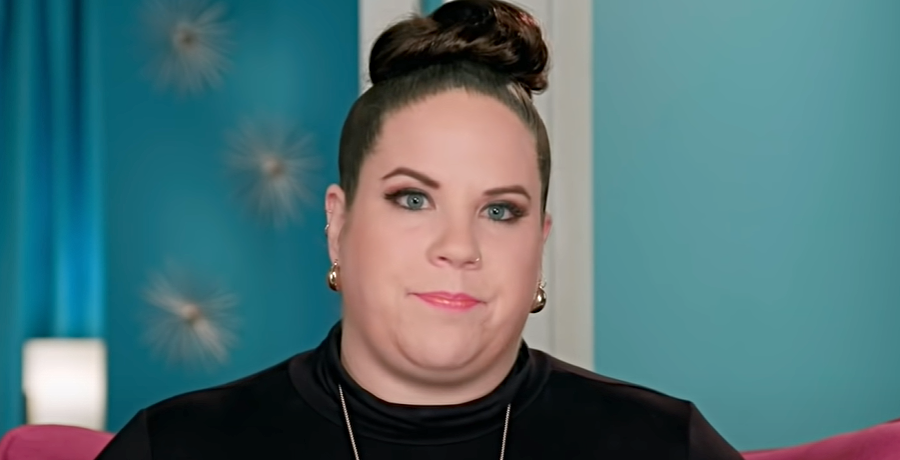 My Big Fat Fabulous Life star Whitney Thore has been a bigger girl for most of her adult life. The reality television star attributes her weight gain largely to her PCOS diagnosis (Polycystic Ovary Syndrome). Whitney has accepted and embraced her size. She’s even built her brand around it. However, last season on her TLC show, she did contemplate weight surgery.

Many MBFFL life fans believe she might’ve secretly had the procedure not long after filming wrapped. It was even reported she lost significant weight before the taping of the Tell All. Now recent videos shared by Whitney once again add fuel to the rumors she’s had weight loss surgery and shed a large amount of weight already.

Many times last season on My Big Fat Fabulous Life, we heard Whitney Thore say how much easier her life would be if she were skinny. Of course, this was after she was blindsided by ex-fiance Chase Severino cheating on her and resulting in a pregnancy. Chase broke off their engagement and chose to be with the mother of his daughter. This crushed Whitney. It made her wonder if this would’ve happened if she wasn’t so big.

The My Big Fat Fabulous Life star had a consultation with a bariatric surgeon. She certainly was considering all her options. However, when she shared her thoughts with her family and friends, they didn’t seem all too supportive. Whitney didn’t site her health as a reason for the surgery. Rather Whitney focused on vanity issues. So, of course, her family wasn’t convinced she was doing it for the right reasons.

My Big Fat Fabulous Life celeb Whitney Thore is sharing photos and videos with interesting camera angles. She’s not necessarily filtering her photos; however, she certainly appears to be snapping the pics in a way that only shows her from the neck up. In some pictures, it even looks like she’s deliberately trying to create a double chin.

The latest pictures of the My Big Fat Fabulous Life personality sure look like she’s significantly thinner. After all, most people show weight loss almost immediately in their faces. Whitney’s face looks thinner and much more defined. If indeed Whitney had weight loss surgery, her journey would be documented for the next season of MBFFL. So, of course, she’s bound by contractual agreements with TLC.

How Much Has Whiney Lost?

The last speculation reported was that Whitney Thore lost 70 pounds just as the Tell All for her season aired. That number lines up with the amount of weight required before weight loss surgery. That was months ago.

Now the reality star looks even slimmer. Her weight loss can easily be well over 100 lbs. Of course, this is all speculation for now as The My Big Fat Fabulous Life star has not publically acknowledged her weight loss or how she shed the pounds.