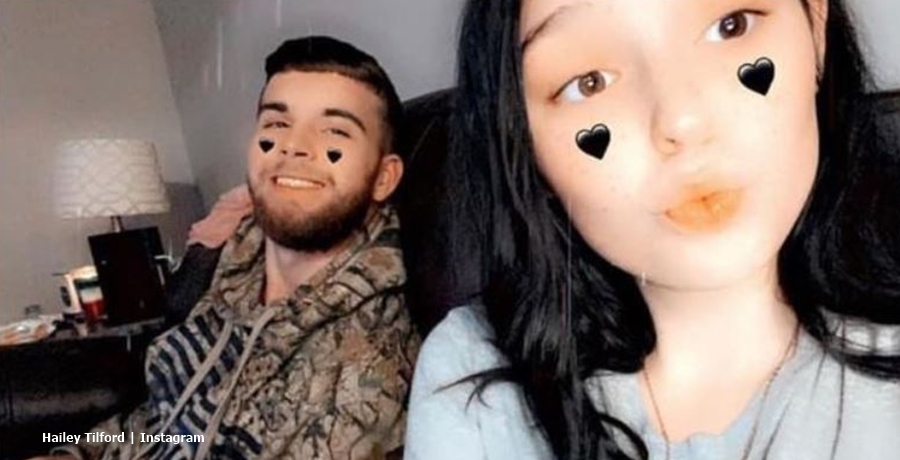 Unexpected Uncle Daddy roamed around social media for a while as Hailey 2 (Tilford) took up with Katie’s uncle. If you don’t know, Hailey lives with Katie, Matthew Blevins’ step-sister. Matthew Blevins is the father of her son, Levi. Plus, he fathered Kinsley with Hailey Tomlinson, Hailey 2’s ex-friend. Jacob Perdue (aka Uncle Daddy), is Katie’s uncle. So, it’s no wonder that some fans seem very confused. Actually, most TLC fans think it’s a huge dumpster fire. Now they split, and Jacob flicks out some rather uncomplimentary comments about her on social media.

TLC fans sometimes find it extremely difficult keeping up with Hailey 2. Initially, Matthew Blevins was the best thing that ever happened to Hailey 2. Mind you, the fact that he cheated on Hailey Tomlinson, Hailey’s friend, made fans certain he’d cheat again. And of course, he did. And some people think he got some more d-time from Hailey Tomlinson recently. Nevertheless, Hailey 2 booted him out fast, and along came Cole Smith. For a while, bliss entered Hailey 2’s life. Cole Smith was certainly the best thing that ever happened in her life. However, allegations came from both of them that they both cheated.

Out the TLC alum’s door went Cole. Later, he spilled about Hailey 2 not only taking up with Uncle Daddy but also with Katie. So, fans started calling it the Unexpected Uncle Daddy dumpster fire. Amidst all the confusion and rumors, fans suspect that Matthew also slipped back for a bit of fun between the sheets. Nevertheless, Uncle Daddy didn’t last long, although he too, was the best thing that ever happened in Hailey 2’s life. So, fans started trolling on Hailey. Recently, she’s said she’s over it. That came after a return from a short hiatus on Instagram. Actually, Hailey’s forever leaving Instagram, only to return a few days later.

The Unexpected Uncle Daddy, Jacob seems disgusted with Hailey for sleeping around. @tlc.unexpectedtea shared his post over on Instagram. In a discussion about dating for family and marriage, he clearly lashed at Hailey 2. Jacob wrote, “Dumb Ho-s can’t figure that sh-it out tho.” Additionally, he wrote, “spread their legs for anyone and get pregnant by garage, (sic).” Well, many fans complained they become very confused as so many people move through Hailey’s life.

One Unexpected Uncle Daddy critic noted, “Obviously there’s a lot wrong with the uncle-daddy dumpster fire.” That came after a lot of people said they felt so confused about Hailey 2, Matthew, Katie, Cole, Matthew again, and Jacob Perdue.

Some TLC fans just feel sad that Hailey 2 seems such an unstable character. After all, her son, Levi’s a very sweet kid. What are your thoughts? Sound off in the comments below.