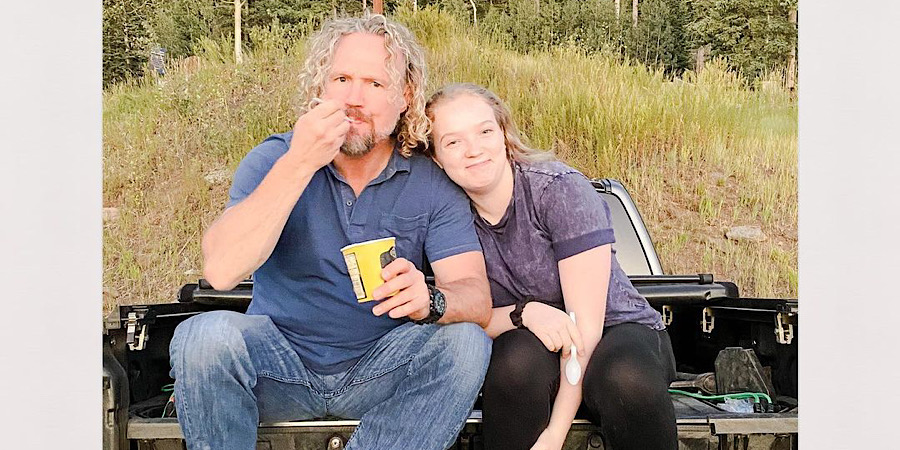 Last week on Sister Wives, the pandemic really dominated the family dynamic. Kody did not know when he would be allowed at Janelle’s again. He discovered Garrison had a girlfriend. This led him to think this was part of the reason he was not allowed over. Her other son was still actively working despite the stay-at-home order. Kody still wasn’t concerned with Meri. She was quarantining with Mariah and Audrey from Chicago. It was announced schools were closed for the rest of the year. Robyn’s eldest daughter worried she would not have a graduation. There were also some big birthdays coming up and the celebrations would be lacking. Will the family further divide?

Kody’s Concerns For His Sister Wives Allegiance to Social Distancing

It’s been a few weeks since Janelle told Kody he could not come over. Her reasoning was Garrison and Gabriel having lives outside the home. He does not know how much social distancing they are really practicing. But he knows what his other wives and kids are doing. Kody goes between Christine and Robyn’s homes. He sees Meri occasionally and knows when she travels. After a week and a half, Janelle admits she does not know when she will feel safe having him come back.

Kody has to work out at home. He is seeing his limits and the age difference between him and Robyn. She does not want to feel old just yet. Time has not stopped for their kids though. Breanna is turning sixteen. They have a bunch of birthdays coming up. It is not as much fun celebrating the milestone birthdays during Covid. The families do not like being divided during these big occasions and Breanna is feeling the effects.

When they discuss what would happen if one of the wives got sick, Kody says he would be there for Robyn. He would be right by her side. Janelle and Christine say they would quarantine with their families and keep him away. They would need one solid parent standing. Meri says she would be alone. She admits no one comes to see her as it is. The producer tells her Kody claims he would take care of any sick wife. She disagrees.

Meri Takes Control of The Bed and Breakfast and Birthday Time

The bed and breakfast that Meri owns in Utah is still being run by her mom. However, she is seventy-five. With Covid running rampant, it is too dangerous for her to stay there. So, to keep grandma safe, Mariah and Audrey are going there. Grandma will come to Arizona and stay with Meri. Meri had wanted her daughters to stay with her for a few months not a week. But this is what must be done.

It is Garrison’s birthday but Christine and her daughters want to go see him. Truely feels they should all be together since they are family. It is very hard for Janelle to know Kody and the family still won’t be together. But Christine and her girls surprise Garrison by showing up outside. They give air hugs and Janelle celebrates with her three kids.

Meri goes to get her mom. She realizes she never told anyone about Mariah and Audrey. They don’t really communicate unless they have to. It’s Breanna’s eighteenth birthday so Christine and her kids go to Robyn’s to surprise her. Truely still does not understand why she cannot hug her siblings. It makes Robyn contemplate the one-family home. Ariella missed Truely so much that she gives her one of her toys. The big idea is to not let the kids live in fear. But it is a struggle for the youngest kids like Sol.

Sister Wives Without Audrey and Mariah

Kody has been away from Meri for a while and has not even seen Mariah and Audrey. She said she wanted to talk to him so he is on his way over. He is excited to finally see his daughter and her fiancee. Because Kody has to film himself and Meri, he has a spiffy new iPhone. He is learning how to navigate it all. When he sits down, he asks where his daughter is. Meri says her mom is there and that the girls are running the bed and breakfast.

Kody is super bummed he missed them. The producer thinks Meri was joking but she says they just don’t communicate. Kody asks why they did not close the bed and breakfast. He does not think she makes enough money to warrant keeping it open. Robyn FaceTimes Kody when he is with Meri. She goes near him and he starts to panic about how much exposure she has had. He then makes a poor joke about her being catfished.

It gets rehashed and revisited once again. She had told Kody to stop sleeping at her home. He was very distant with her and cold. She admits she did not manage the situation well and he took it to extremes. Robyn does not want to be a part of this mess. Meri and Kody clearly have a lot to work out but he does not feel romantic towards her. Next week on Sister Wives, Janelle and Kody are still apart. Kody wants Meri to court him and wonders if the women would be happy with someone else. Watch it Sunday on TLC and discovery+.